The current cohort: Sarah Farmer, Mark Essen, Rob Jones, Nikki Pugh, Alexs Wojtulewicz and Lucy Nicholls have been working on ideas for the 2nd June, while considering how these ideas could be expanded and form part of their wider working practice and methods through peer discussion. The group have received guidance on their practice and research from the UK artist Kira O’Reilly.  Kira’s career began in 1998 and her own work stems from a fine art background and employs performance, writing and biotechnical practices.

Below are collected insights into the thoughts, journeys and preparations of this year’s collective of Platinum artists in the lead up to their sharing at the Edge on the 2nd June 2011…

Rob’s piece is an exploration into personal fears.  This work is his first solo piece to date.  The content of the piece encourages participants to explore their own personal fears and invites us to share and reflect on our own experiences and self-validation in society.

Rob has been experimenting in how the audience can engage with the content of the piece and his approach in discussing his own personal life with participants.

Nikki has been in a place of experimentation to create the device that aims to gently nudge and augment people’s perceptions of the urban landscape.

Pecha Kucha is a presentation methodology.  It has been used in both creative and academic circles to focus ones ideas as it requires the presenter to provide sequence and structure their concepts or subject.

Pecha Kucha Night was devised in 2003 by Astrid Klein and Mark Dytham of Tokyo‘s Klein-Dytham Architecture.  Pecha Kucha events consist of 12 presentations with the participant having 20 slides, each shown for 20 seconds.

‘If the inside of your head gets pummelled with enough emotional blunt force trauma to splinter the psyche, you develop ways to punish the body, that fleshy prison which houses the pain’.  Ron Athey

Ron Athey’s work forces the body to transcend it’s limitations by pushing the boundaries of endurance through artistic expression.

The physical acts in Aleks’s performance will explore how the human body copes under the stress and how the presence of the performer might shift throughout the piece.

Last week Aleks met with the internationally acclaimed artist Ron Athey.  He used this time to discuss Ron’s practice and explore his own mental and physical approach to his preparations.

Aleks’s piece will be durational.  His preparations alone will test his endurance.  A rehearsal will not be required, this will be live.

Sarah Farmer: Cultural Amnesia: what we lost in the fire

Urban Resource Project (URP) is a research led project on the cultural ecology of the arts in Birmingham from the perspective of recent graduates.

URP is a line of enquiry into the sustainability of Arts graduates and early career artists (in the broadest sense) in Birmingham through the mapping and activating of information relating to cultural activity, support networks and potential resources for the arts.

The artists would like to hear from as many people as possible about any stories, information, images, anecdotes or paraphernalia of memorable events, galleries, spaces and venues that have occurred any time before 2009.

All input and feedback is welcome, please send feedback to urbanresourceproject@gmail.com

Part of this initial work will be to re-construct and map out these spaces at The Edge on the 2nd June as part of the final Platinum 2 public sharing.

Lucy Nicholls:  In Preparation for Death

In preparation for this highly emotive and personal piece Lucy has been researching the commodification of the ritual of funeral, while exploring death within its wider social and cultural meaning.

Lucy has been researching projects that focus on the same territory such as Quarantine ‘When you thought you were’.  The idea behind this project questions why do we wait until people die to publicly celebrate who they are?

Since the sharing to an audience earlier this year, Lucy has been consolidating the experience and emotional response to her piece to further understand the audience dynamic and her own relationship to the content of the work.

In amongst his preparations for BAD MUSIC Essen has just been nominated for a new moving image award being launched by Film and Video Umbrella and Jerwood Charitable Trust this autumn.

Independent curators, critics and artists have contributed to a list of 30 artists working with the moving image and deemed to be of great promise. From this long list, four artists will each be awarded a £4,000 development bursary and an opportunity to work with Film and Video Umbrella and Jerwood Visual Arts on a showcase exhibition at the Jerwood Space in 2012.

We wish Mark every success in securing this opportunity and encourage you to experience the work of Club Hot Zeus; BAD MUSIC on the 2nd June.

As part of Fierce Festivals NPO Agreement with the Arts Council, Platinum or an equivalent Artist Development Scheme will be supported annually from 2012-13 onwards.  Join our mailing list at www.wearefierce.org for more information. 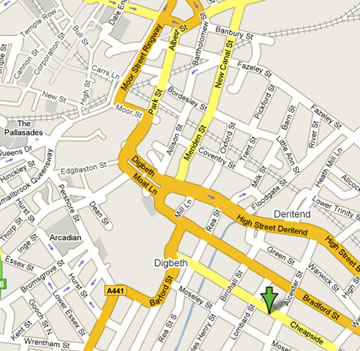