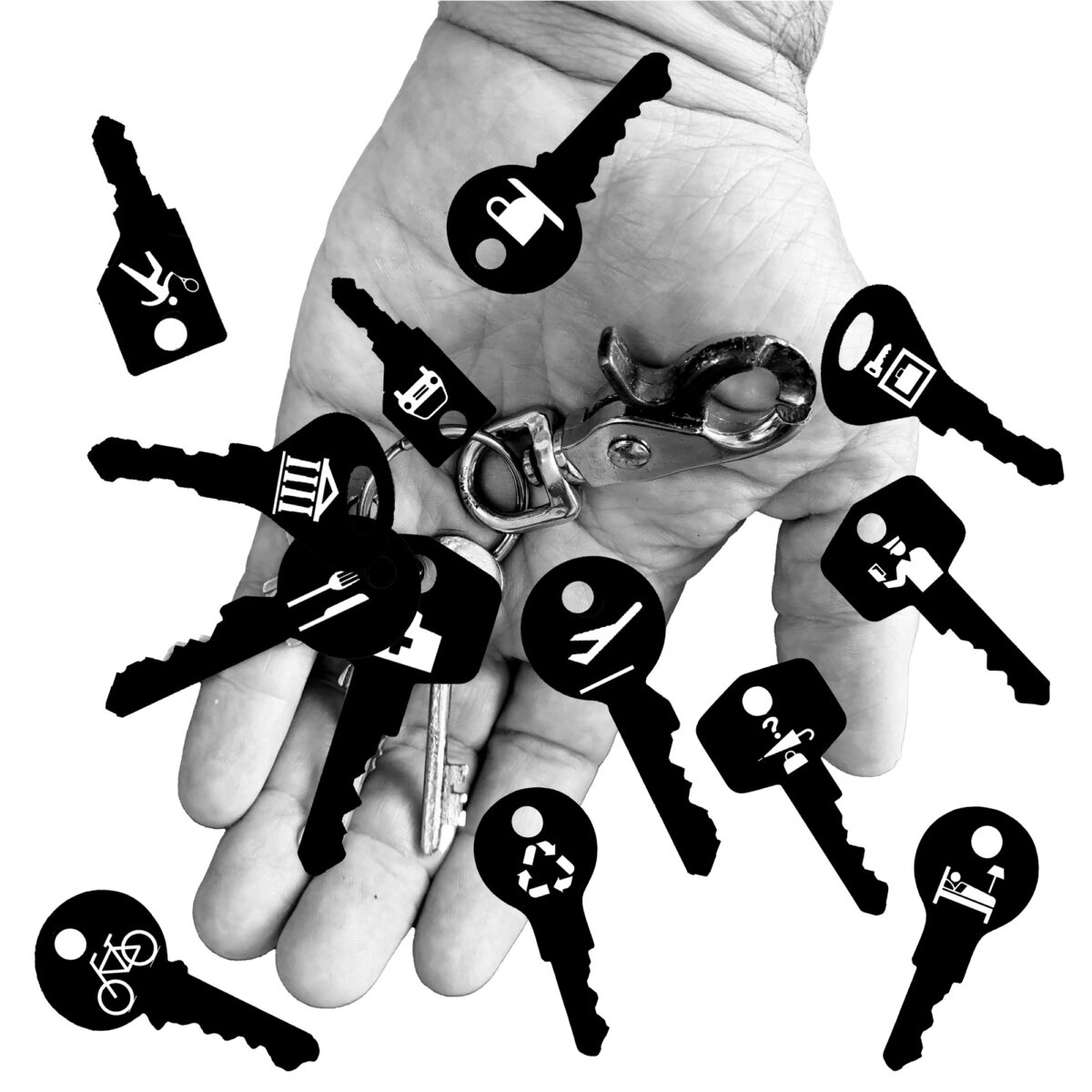 What if anyone could decide who has freedom to the city?

What if everyone, not just the chosen few, could be recognised with the Key to the City of Birmingham?

What if this Key could open dozens of spaces around the city?

And what if all those spaces together created a portrait of Birmingham?

Key to the City is a project that turns all these “what ifs” into reality. During the summer of 2022 anyone will be able to award the Key to the City to whomever they want, for whatever reason they want. No background checks necessary, all previous sins will be overlooked, and all doors will be unlocked. For a limited time, a minimum of 12,000 key holders will be able to explore private and intriguing places and spaces that they might not have happened on before – bringing a new perspective to the city.

Paul Ramirez’s Key to The City in New York (2010) was a citywide intervention in which twenty-five thousand keys to private or normally inaccessible spaces throughout New York City were bestowed on certain individuals in a special ceremony, revealing that culture can still be a freely shared experience, while also highlighting the increasing privatisation of urban space.

You can get your key from 28 May at our Key Exchange Ceremony site at New Street Station (beneath departure board) at the below times:

Paul Ramírez Jonas was born in 1965 in Pomona, California, and raised in Honduras. He earned a BA in studio art from Brown University (1987) and an MFA in painting from Rhode Island School of Design, Providence (1989).

Ramírez Jonas’s work ranges from large-scale public installation and monumental sculpture to intimate performance, video, and drawing, and traces the universal aspiration to an elusive perfect world. From driving west in pursuit of the sunset (Longer Day, 1997), to recreating failed flying machines (various projects, 1993–94) and transcribing the communications of the Apollo space mission (Men on the Moon, Tranquility, 1990– ), his practice is characterised by a bracing, albeit nostalgic, idealism rooted in a faith in human resilience. Sensitive to the processes of globalisation, he reveals its simultaneous tendencies towards interdependence and exclusion.

Exploring the parallels between various public gathering spaces, Ramírez Jonas’s drawing series Admit One (2010–13) and Assembly (2013) chart a typology of assembly halls, churches, cinemas, stadiums, and theaters that underscore the fundamental nature of the human need for connection. In The Commons (2011) and Ventriloquist (2013), the artist revived the monument (here the equestrian statue and the portrait bust, respectively) as a vehicle for communication by replacing the form’s immutable granite or marble with cork—a material that is both degradable and the traditional medium of community noticeboards.

Key to the City (2010) was a citywide intervention in which twenty-five thousand keys to private or normally inaccessible spaces throughout New York City were bestowed on certain individuals in a special ceremony, revealing that culture can still be a freely shared experience, while also highlighting the increasing privatization of urban space.

He is Professor and Chair of the Department of Art at Cornell University College of Architecture, Art, and Planning (AAP).

Locations across Birmingham and Solihull