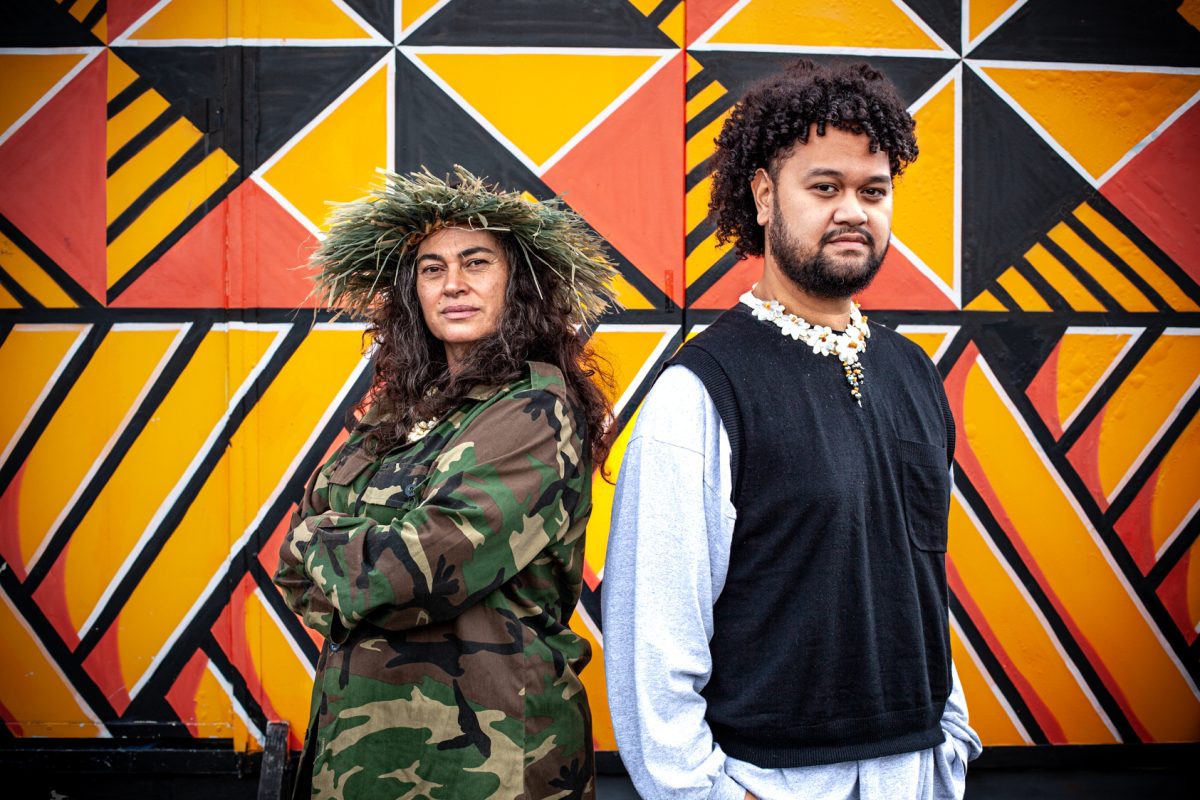 Founding SaVĀge and Self-appointed Life Time president Rosanna Raymond with  E’special Guest Leiti SaVAGe Sione Monu will deliberate on the non-cannibalistic cognitive consumption of the ‘others.  A show and tell(ing) bringing forth ancestral bodies, art and artefacts, acti.VĀ.ting and advocating gender  fluid  pasts in the present using their embodied praxis inside and outside the museum.

Rosanna Raymond
Sistar S’pacific aka Rosanna Raymond is an innovator of the contemporary Pasifika art scene. She is a long-standing member of the art collective, the Pacific Sisters and a founding member of the SaVAge K’lub. Over the past twenty years, Raymond’s activities have made her a notable producer of, and commentator on, contemporary Pacific Island culture in Aotearoa and internationally. She specialises in working within museums and higher education institutions. Raymond has achieved international renown for her performances, installations, body adornment, and spoken word. A published writer and poet, her works are held by museums and private collectors throughout the UK, USA, Canada, Australia and Aotearoa.

Sione Monu
Sione Monu is an artist of the Tongan diaspora. He lives between Canberra Australia and Auckland who works across the mediums of photography, moving-image, fashion and adornment, performance and drawing exploring identity, family and pasifika queer experience in the diaspora.

They are both members of the SaVĀge Kʻlub who are currently presenting VA TAMATEA at Birmingham Museum & Art Gallery for the Healing Gardens of Bab.