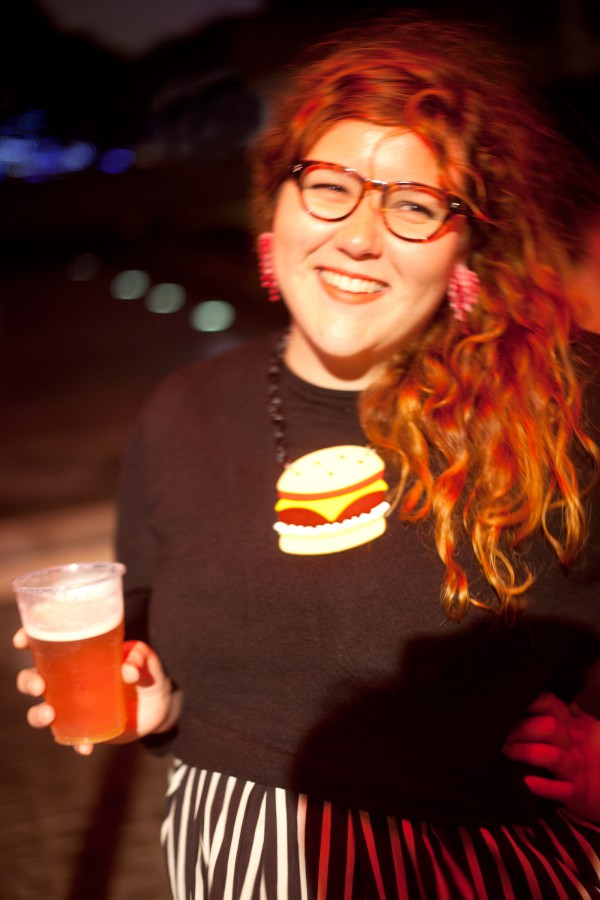 We are pleased to announce we have the wonderful Bek Berger  joining us from Melbourne (AUSSIE AUSSIE AUSSIE!!!) for the 2015 Fierce Festival!! Bek is a creative producer currently based in the UK. She is currently undertaking a Skills Development Trip supported by the Australia Council of the Arts and The Copyright Agency, working with Forest Fringe and Fierce Festival to research alternative contemporary performance models. In 2014/2015 Bek undertook a Early Career Residency (Supported by the Australia Council) with Arts House assisting international collaborations (Going Nowhere Festival) and successful curated three Supper Club events which critiqued and explored the Australian Cultural context.

In May 2015 Bek co-curated and produced ‘Convergence’ – a forum for and about independent practice in Australia (Arts House) – this is an initiative created with Kieran Swann and Dan Koop in reaction to ATF 2015. As an emerging cultural leader she co-organized and curated the 2011 & 2013 National Theatre Forum for Young and Emerging Artists and curated/produced La Discorso at La Mama Theatre – a series of discussions about cultural identity with New Australians (2015). More information on Bek’s conversational practice can be found at www.thenowclub.org

For more info about Bek visit her interactive CV here!