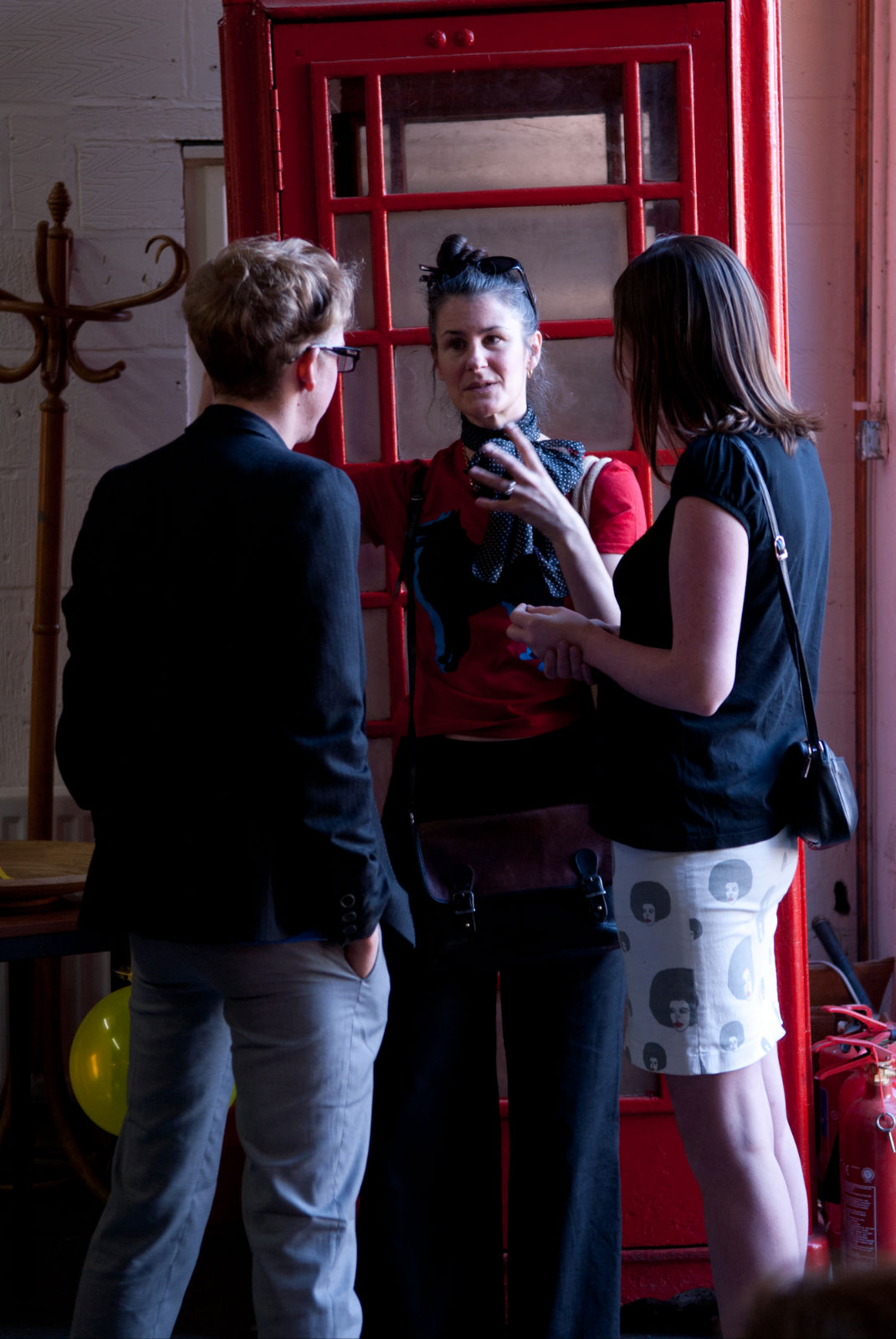 After formal introductions and thanks it kicked off in true Fierce style with a delightful veggie barbecue. We had a great mix of local arts community, artist’s friends, Fierce faithful and national programmers. There was a great presence from previous Platinum artists too: artist info packs were designed by Cody Lee Barbour, Leon Trimble contributed to the music and the photos from the night and posted here were taken by Jaskirt Dhaliwal. 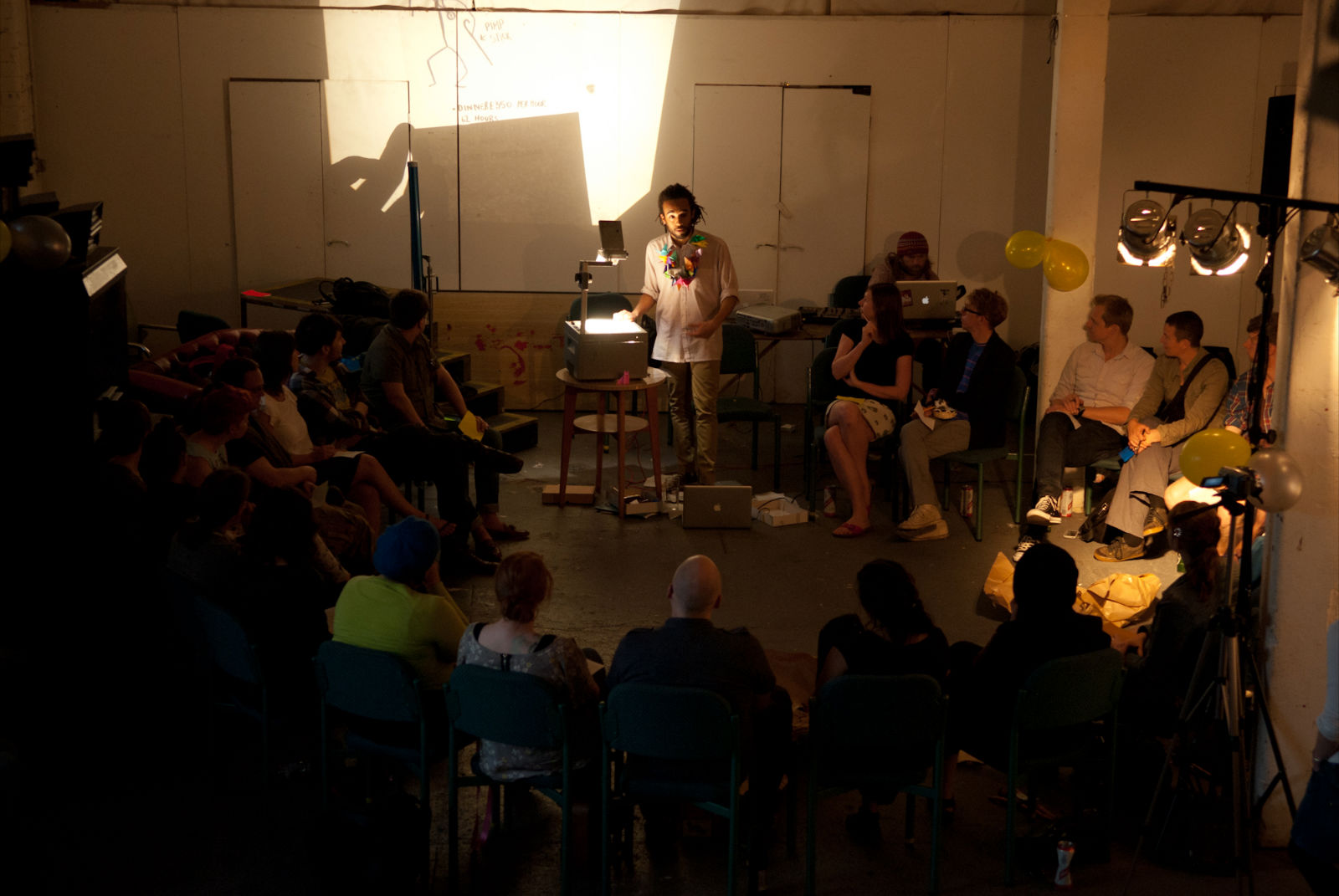 The energy in the space was buzzing to the unknown body of work that was to be proposed to the public for the first time.  The Edge was alive with exchanges, thoughts and possibilities of what was to be seen… 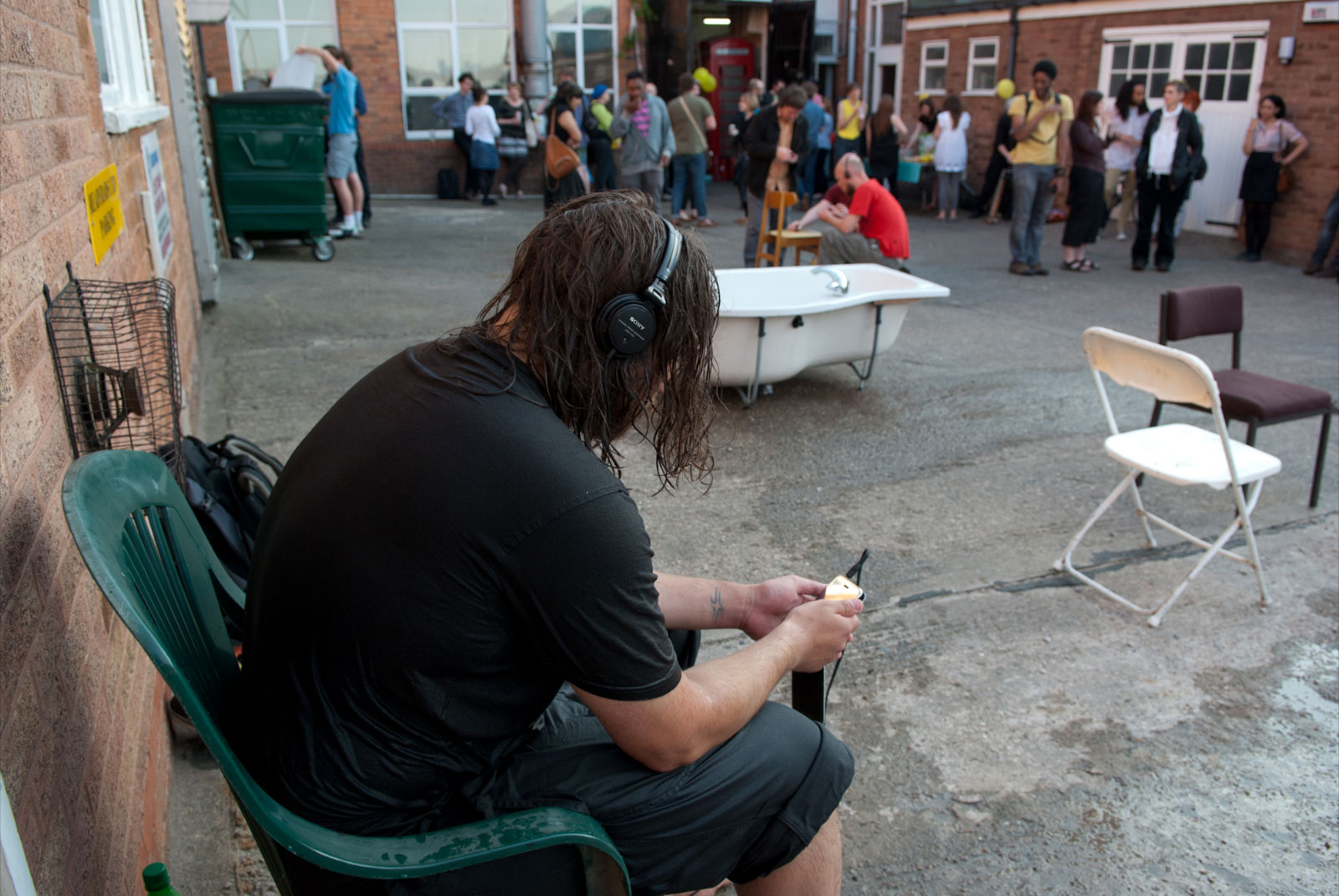 The evening involved performances from:

After 36 hours of sleep deprivation Aleks was the first to begin his piece which continued on throughout the duration of the evening. 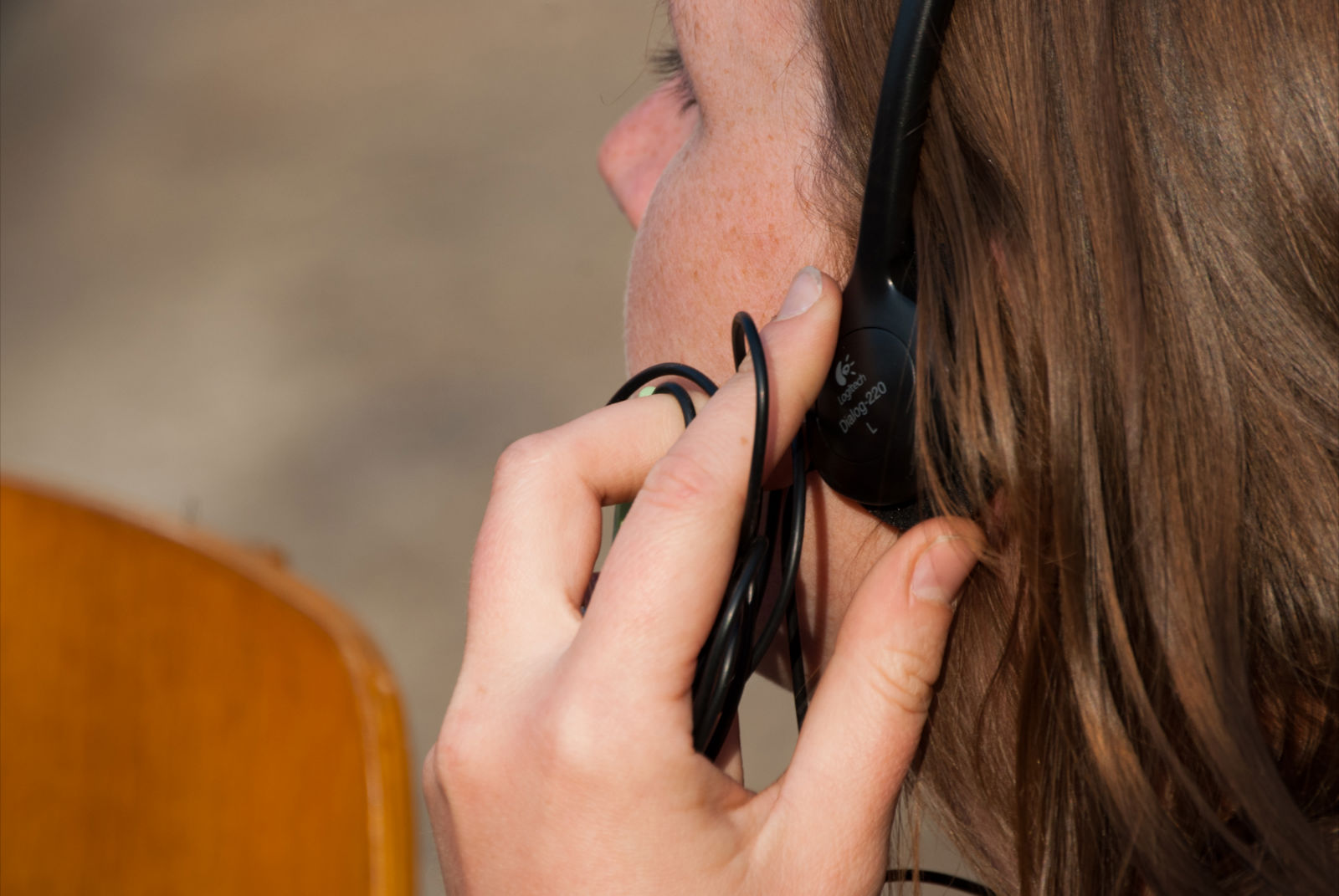 This work involved a series of military training exercises which challenged both his physical and mental state. 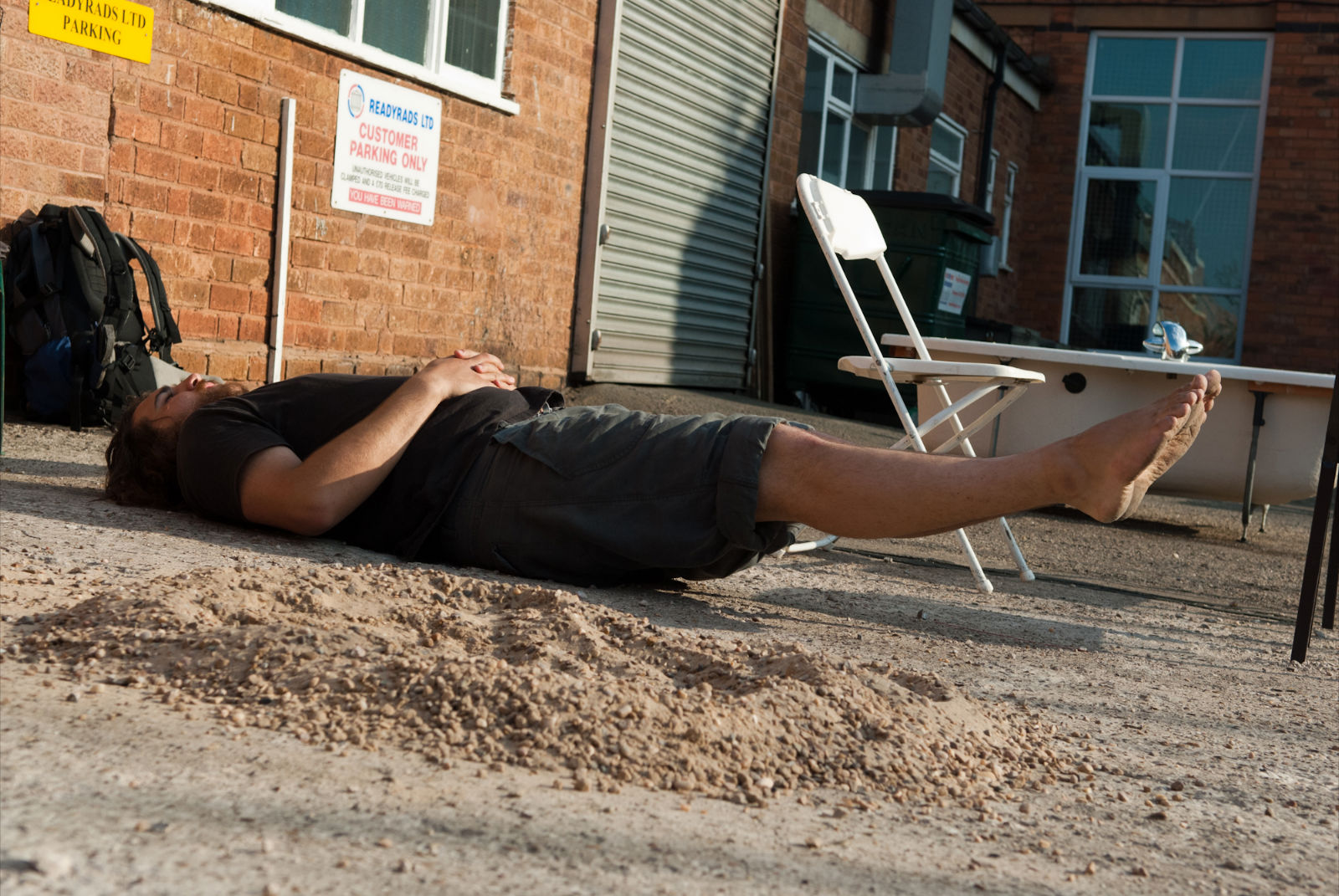 2, rest and recuperation (and a lot of ice). 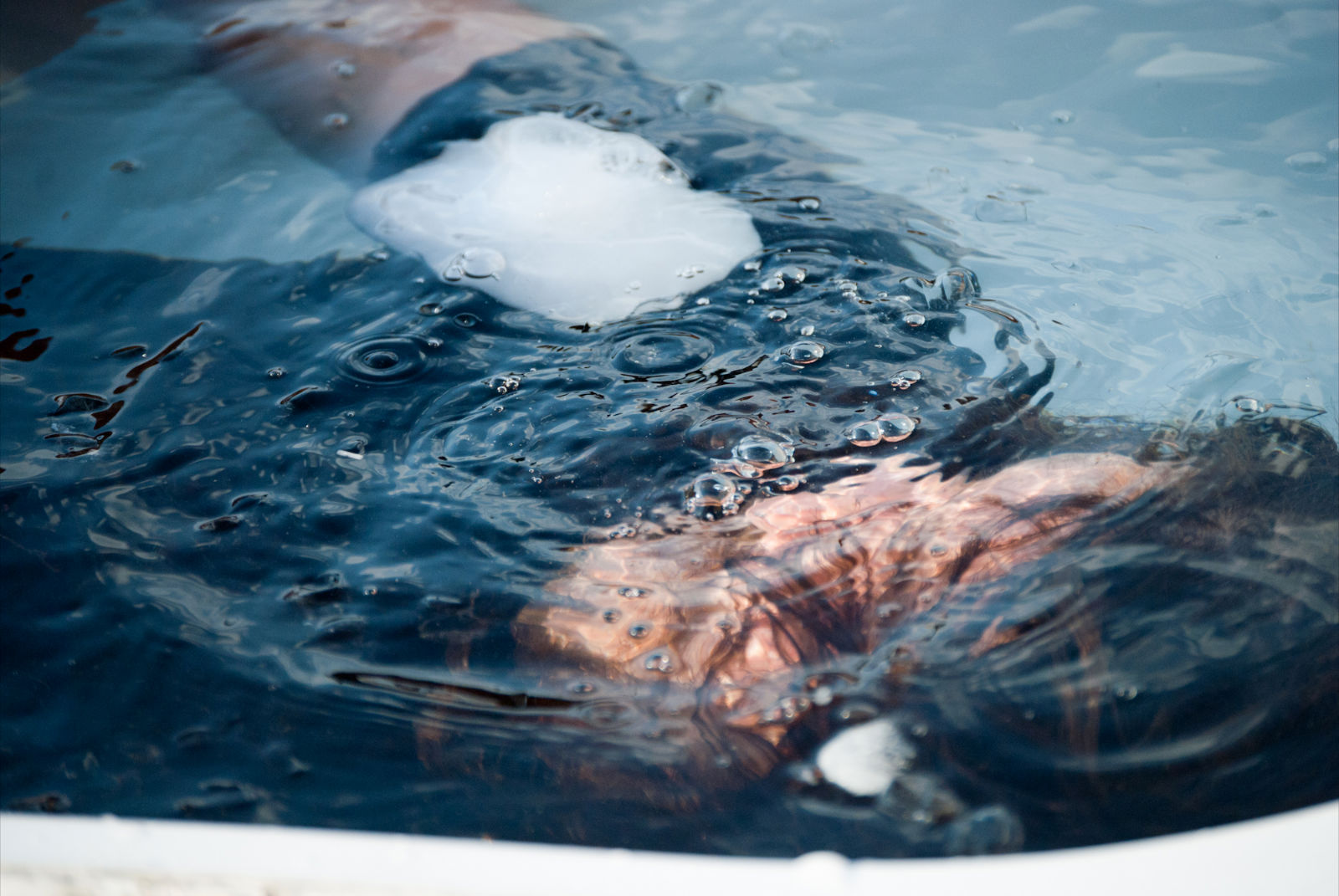 Nikki opened the presentations with a description on the focus of her piece. 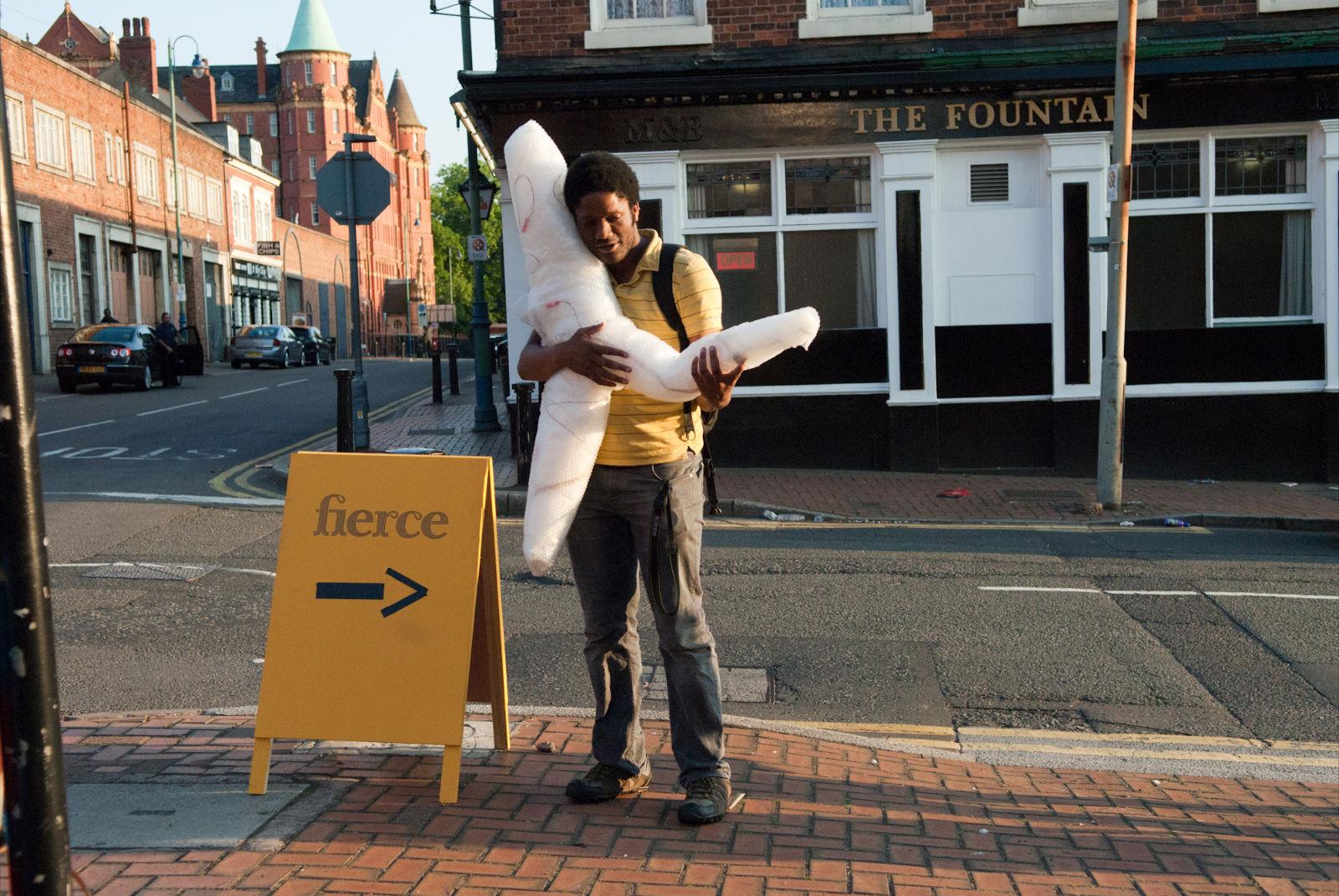 Many members of the audience signed up to experience carrying these prototype organisms that responded to the extent in which the surroundings streets are built up. 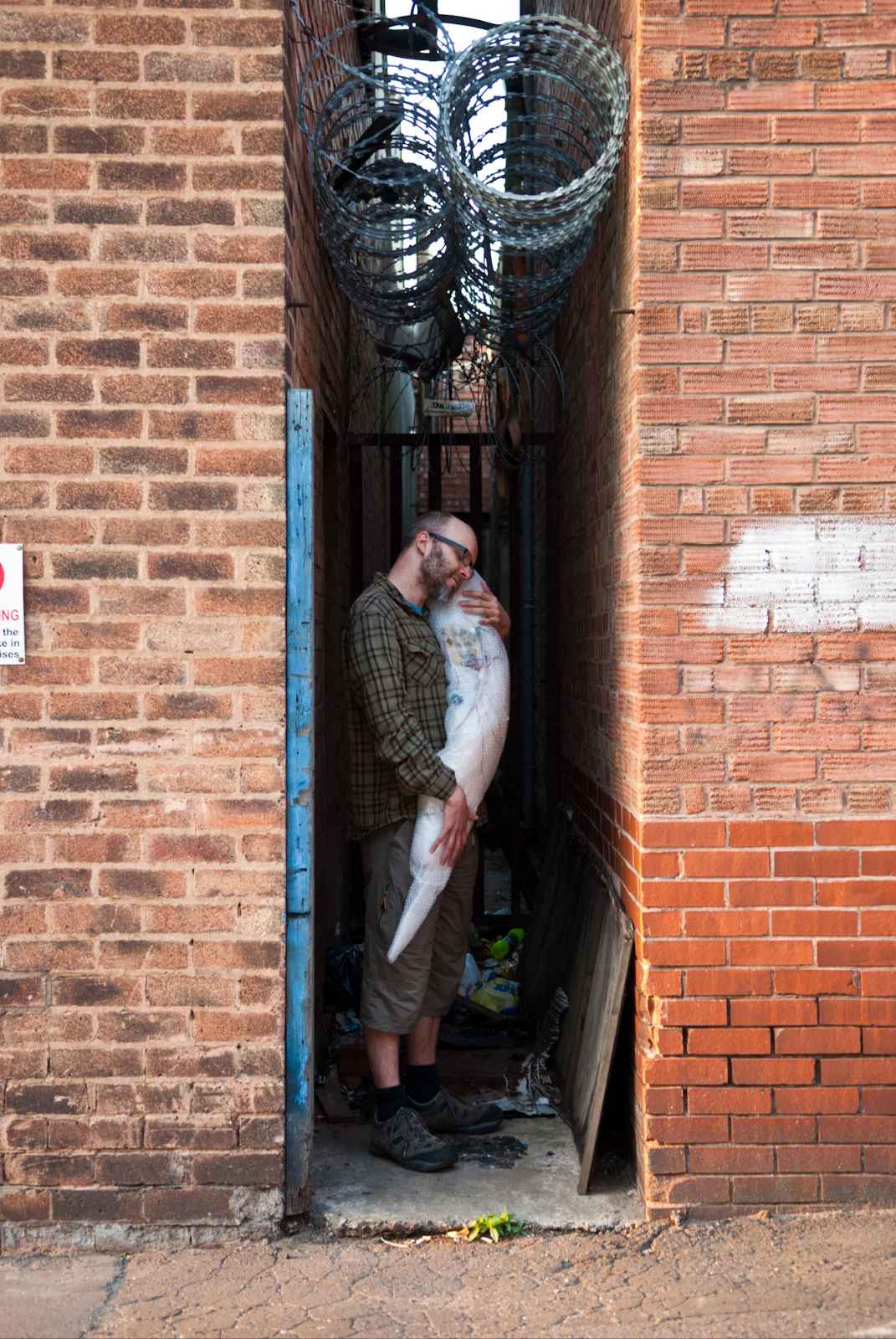 Part of this piece was to individually explore and navigate a route around Cheapside that minimised a disturbance to the organism.

Lucy Nicholls:  In Preparation for Death

Lucy’s piece involved the recital of her will. 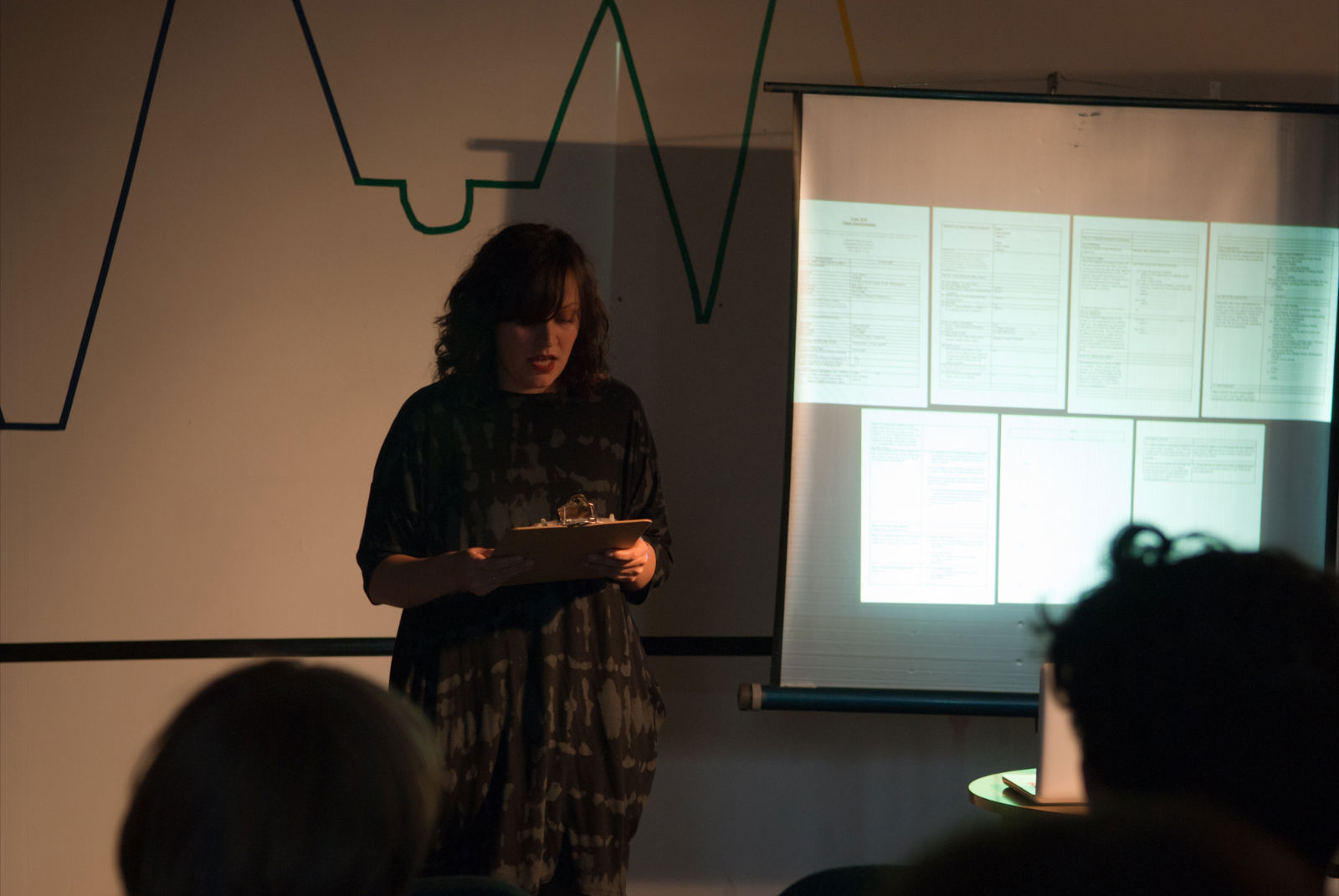 There was humour, nerves and an emotion resonance with the thoughts behind this work.

The piece created a poignancy that impacted on our own personal response to the subject. 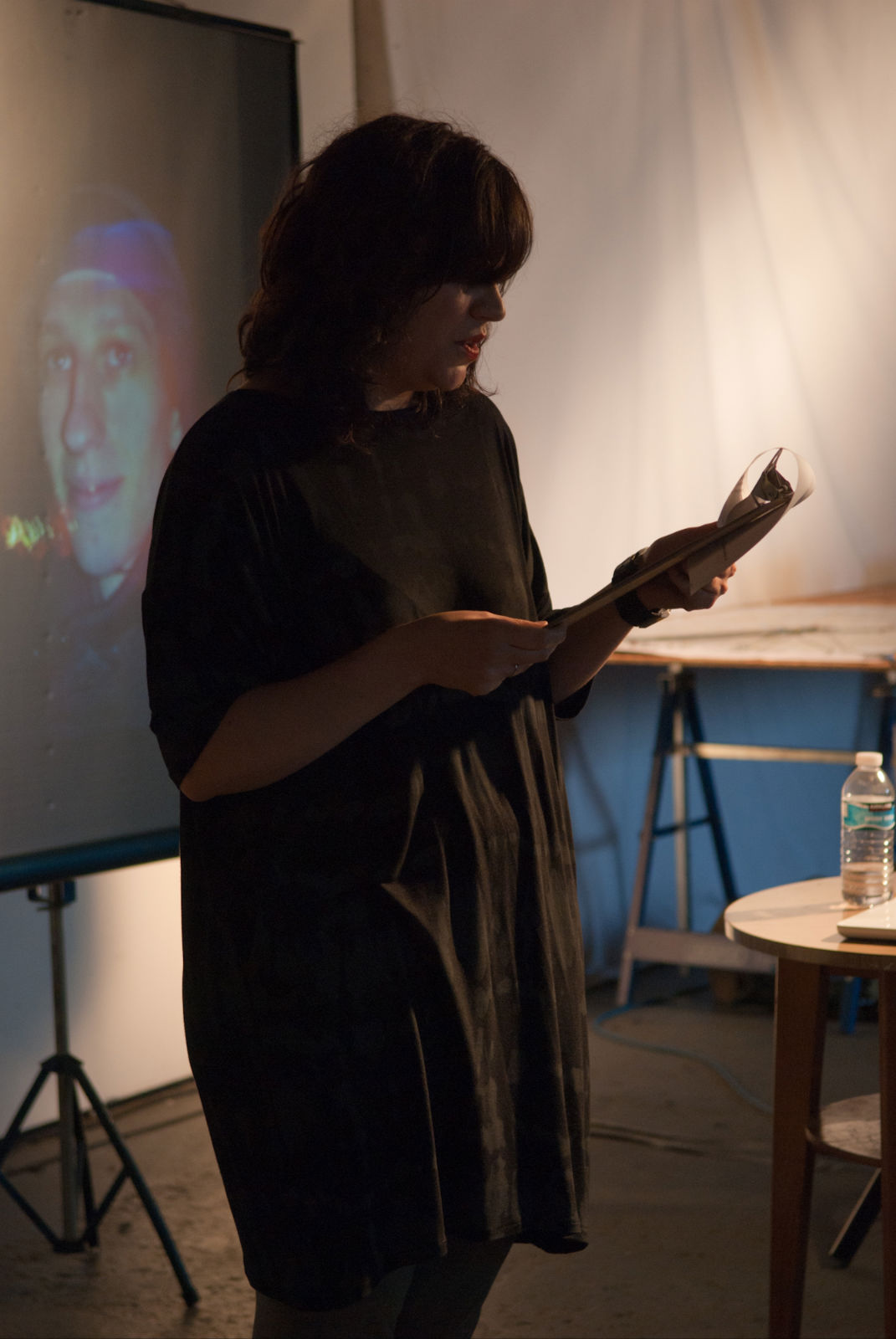 Sarah and Gene led us through the journey which brought them to investigate the cultural history of the arts in Birmingham before 2009. 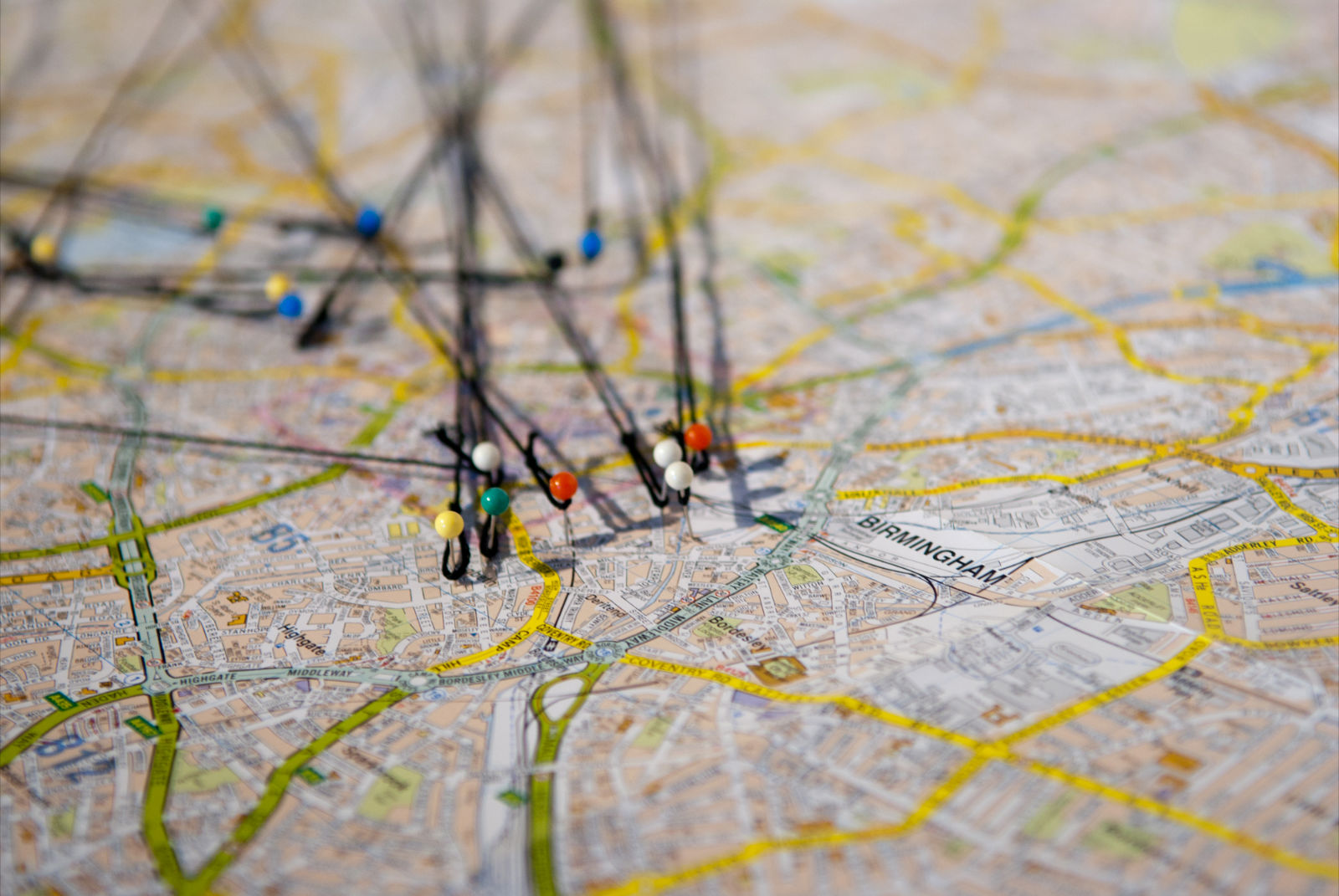 The exposure to their thoughts initiated a dialogue with the audience that continued on throughout the evening.  People were invited to discuss and remember what cultural activities took place by physically mapping out locations to names with a piece of string and pins in hand. 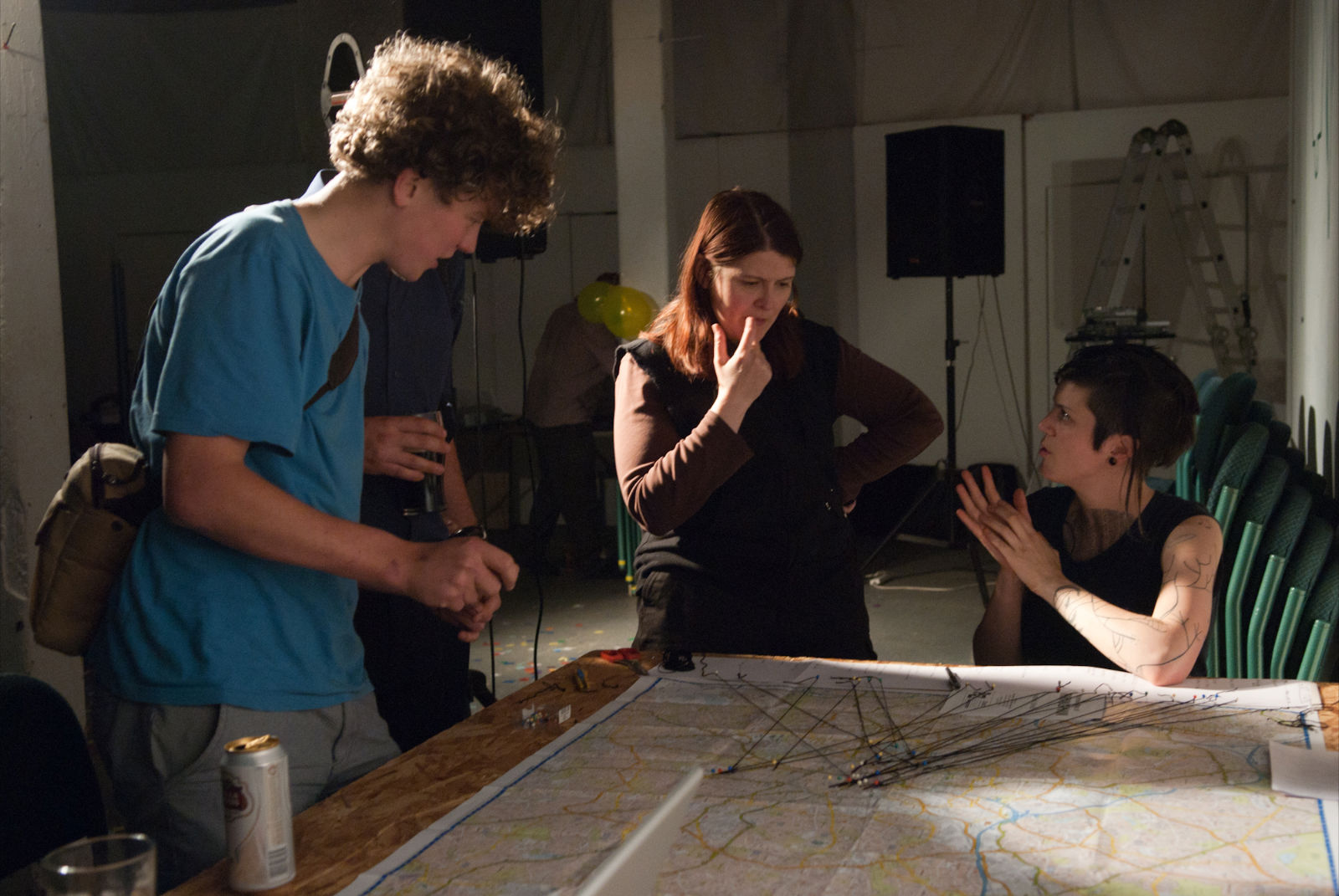 As the evening unfolded the map became a rich piece of tapestry that weaved together ideas and memories.  The work uncovered the unforgotten traces of history in Birmingham and enabled people to discuss personal memories of space and time. 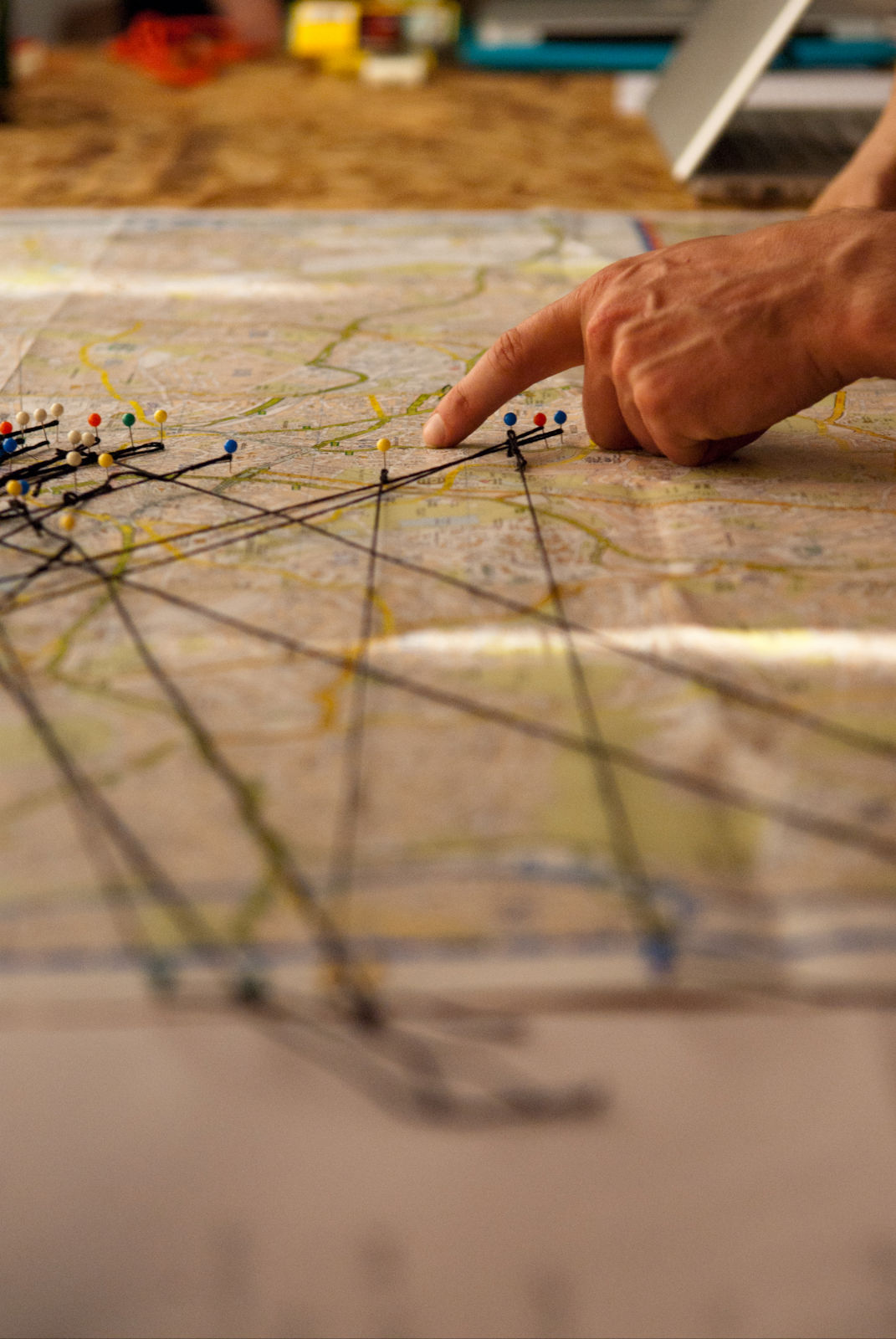 An investigation was had into personal fears. 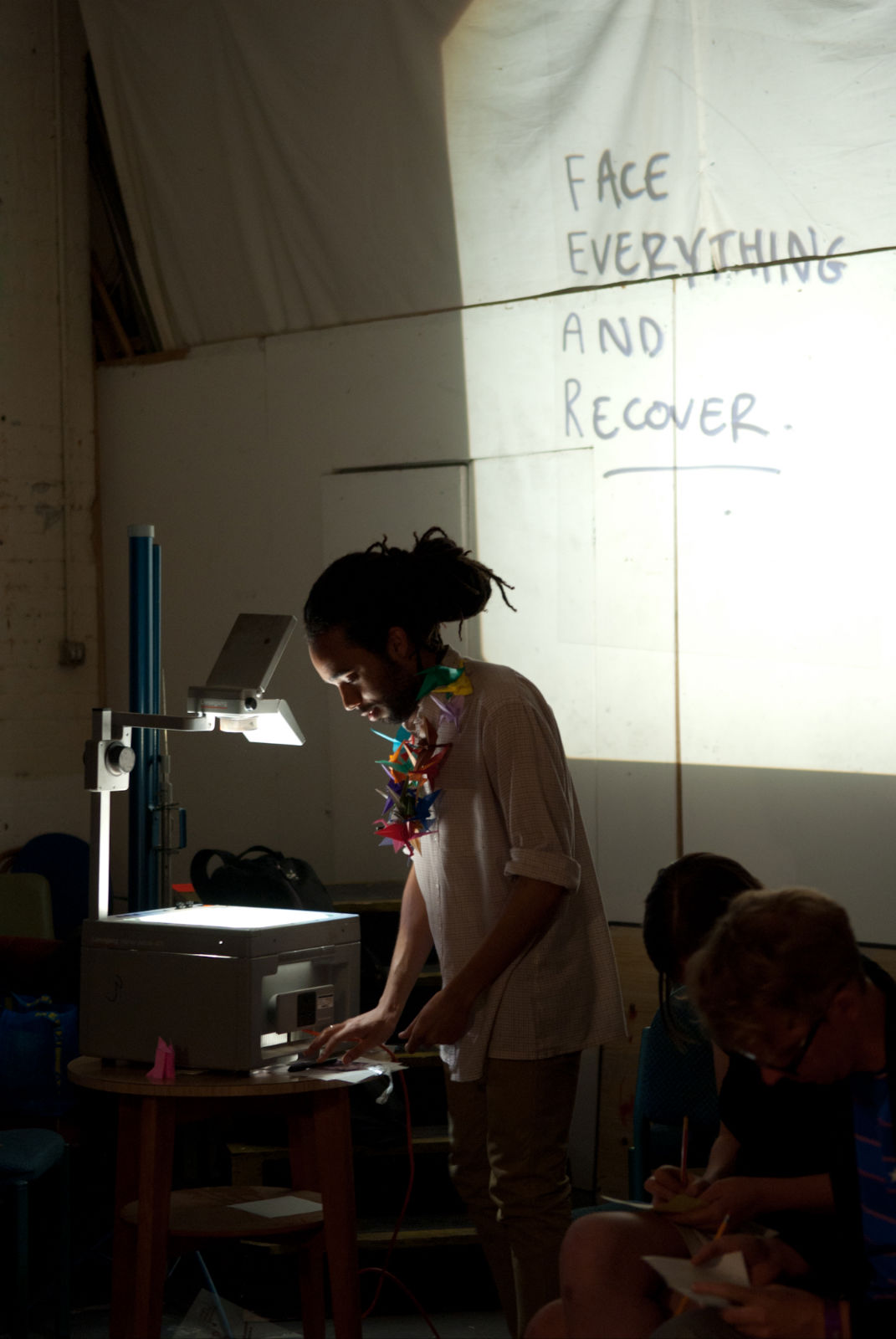 Event the last minute OHP blow out did not succeed in dampening Rob’s spirits as all 33 participants gathered in a circle formation that went on a journey of exploration to make sense of our fears. 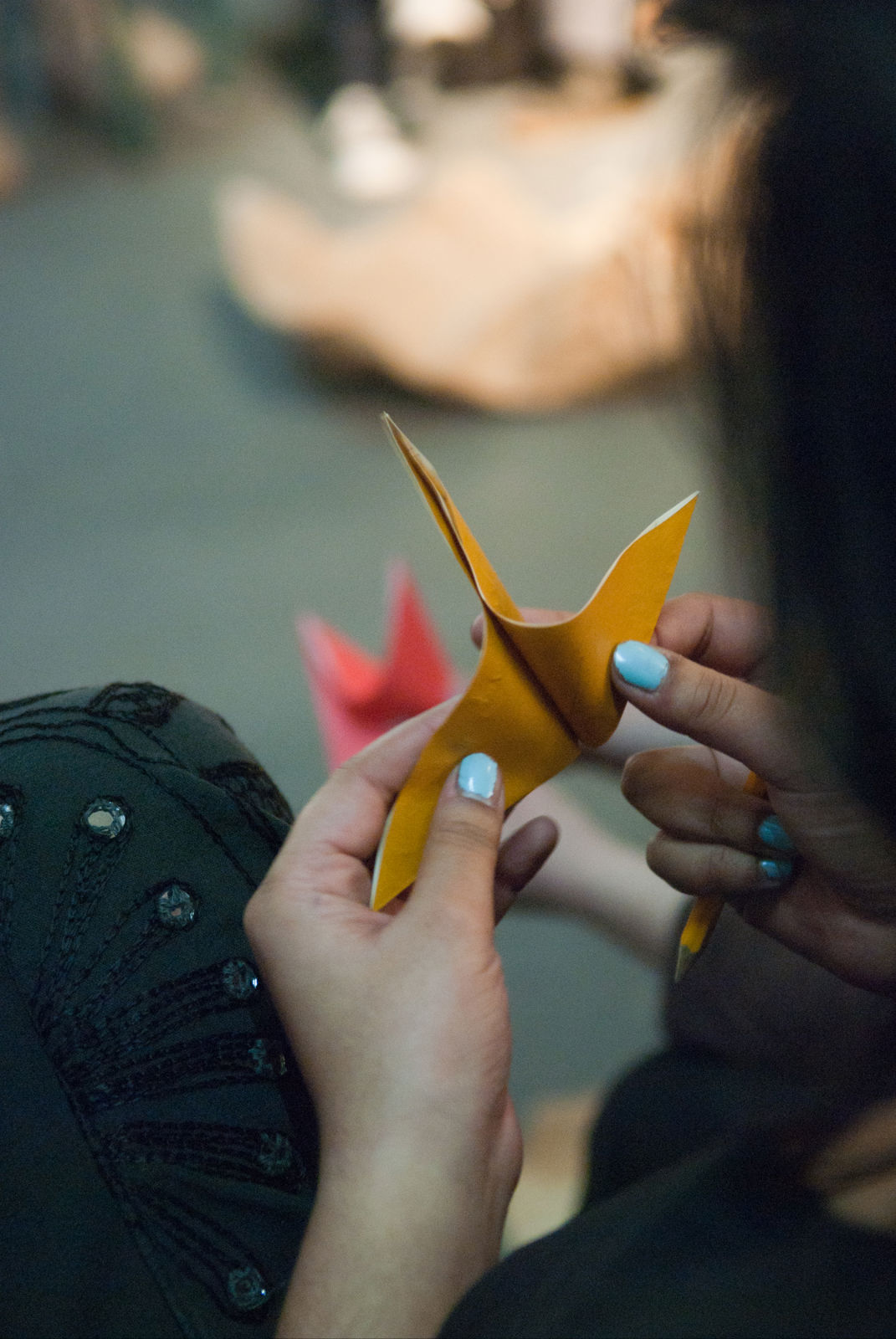 Origami foxes were made and much confetti was thrown! 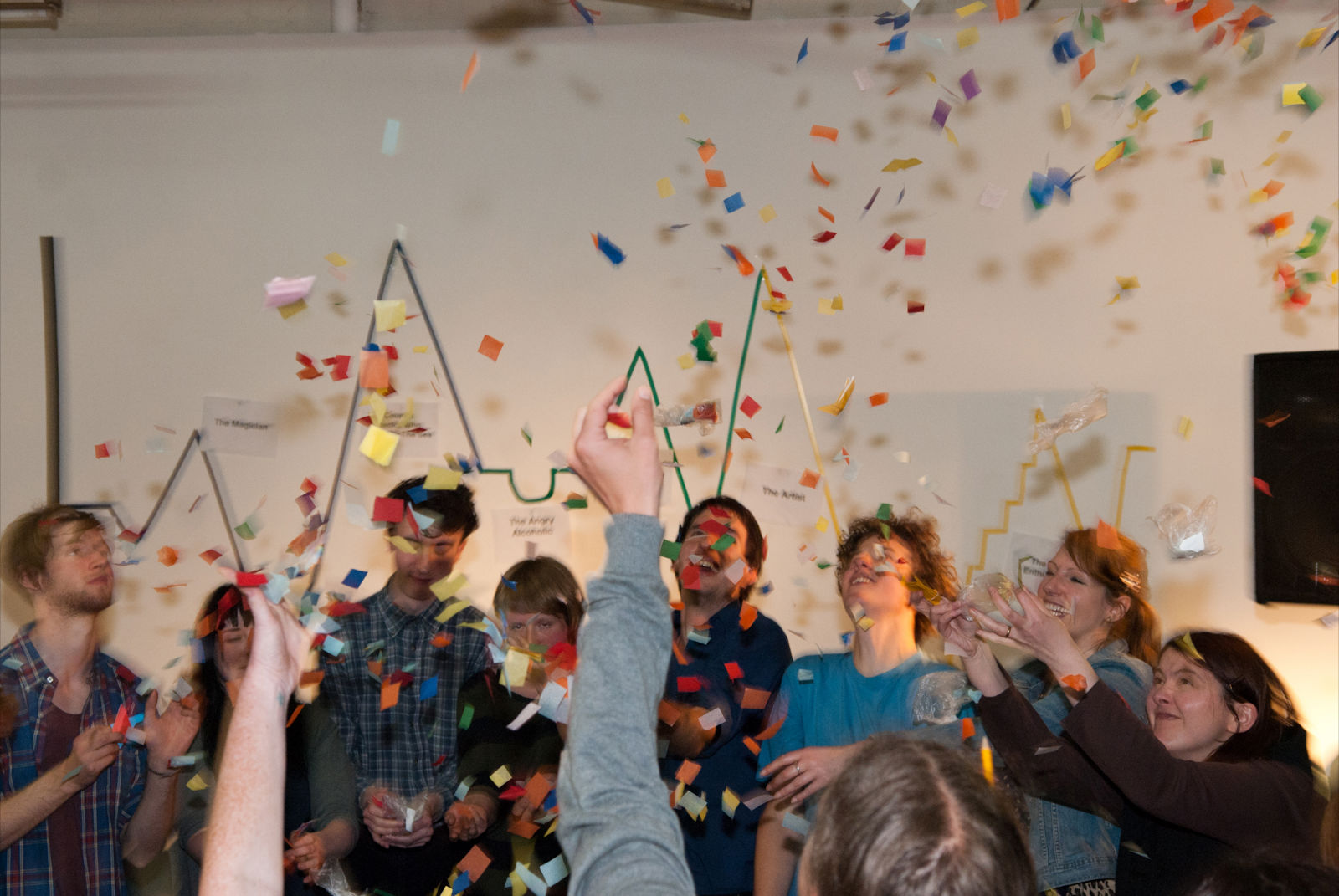 BAD MUSIC manifesto and BAD MUSIC listing posts stood prominent in the space to provide a continual accompaniment to the evening’s proceedings. 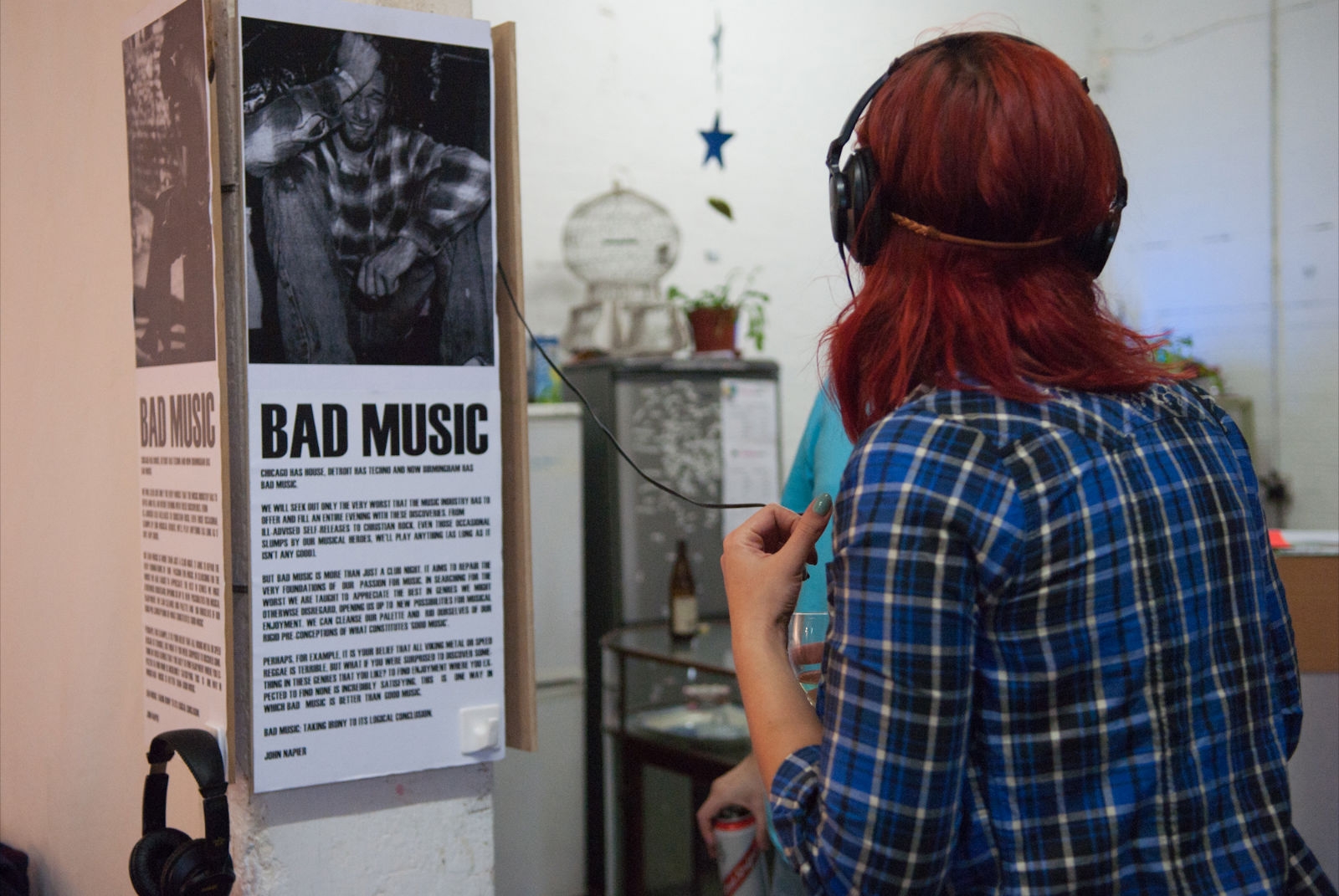 As it struck half 9 we led into a DJ set by Leon Trimble who graced us with music from the realms of popular culture.

At the listing posts stood 2 sets of headphones that asked us to consider what personally is considered BAD MUSIC…  Ideas were noted in the form of a comments book. 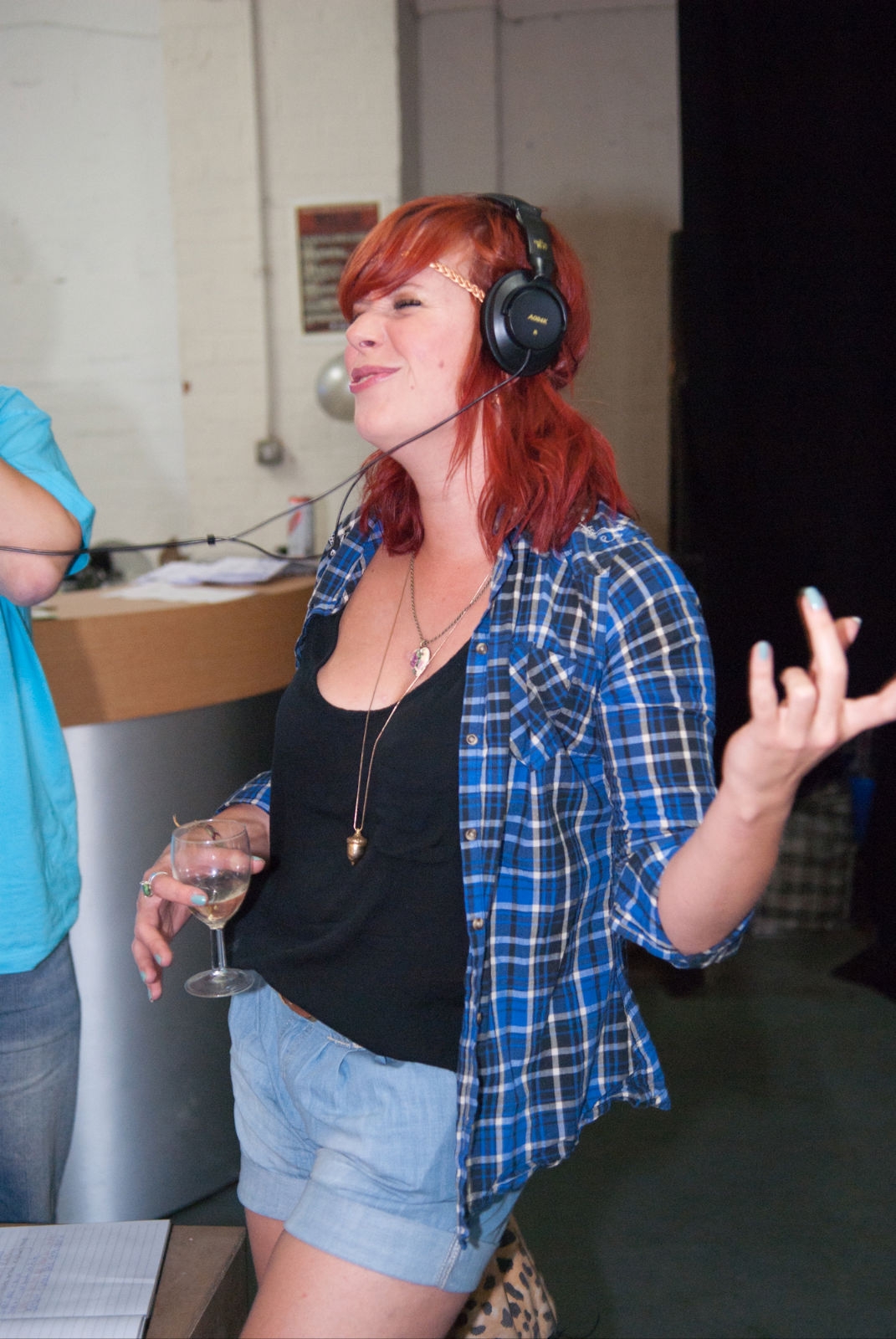 We would like to thank all who attended, participated and shared their personal engagements to the work shown by this new generation of live artists. 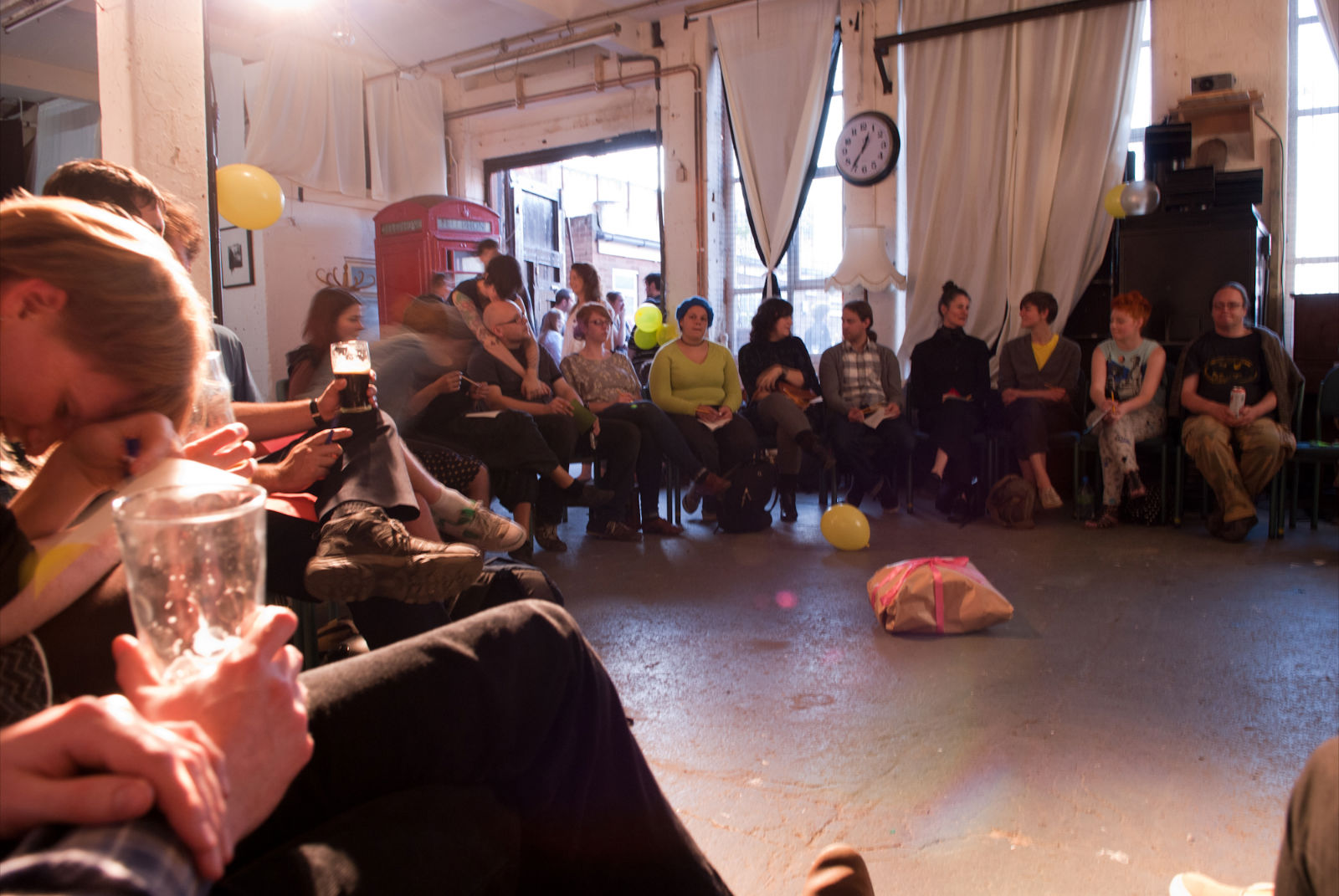 As part of Fierce Festivals NPO Agreement with the Arts Council, Platinum or an equivalent Artist Development Scheme will be supported annually from 2012-13 onwards.  Join our mailing list at www.wearefierce.org for more information. 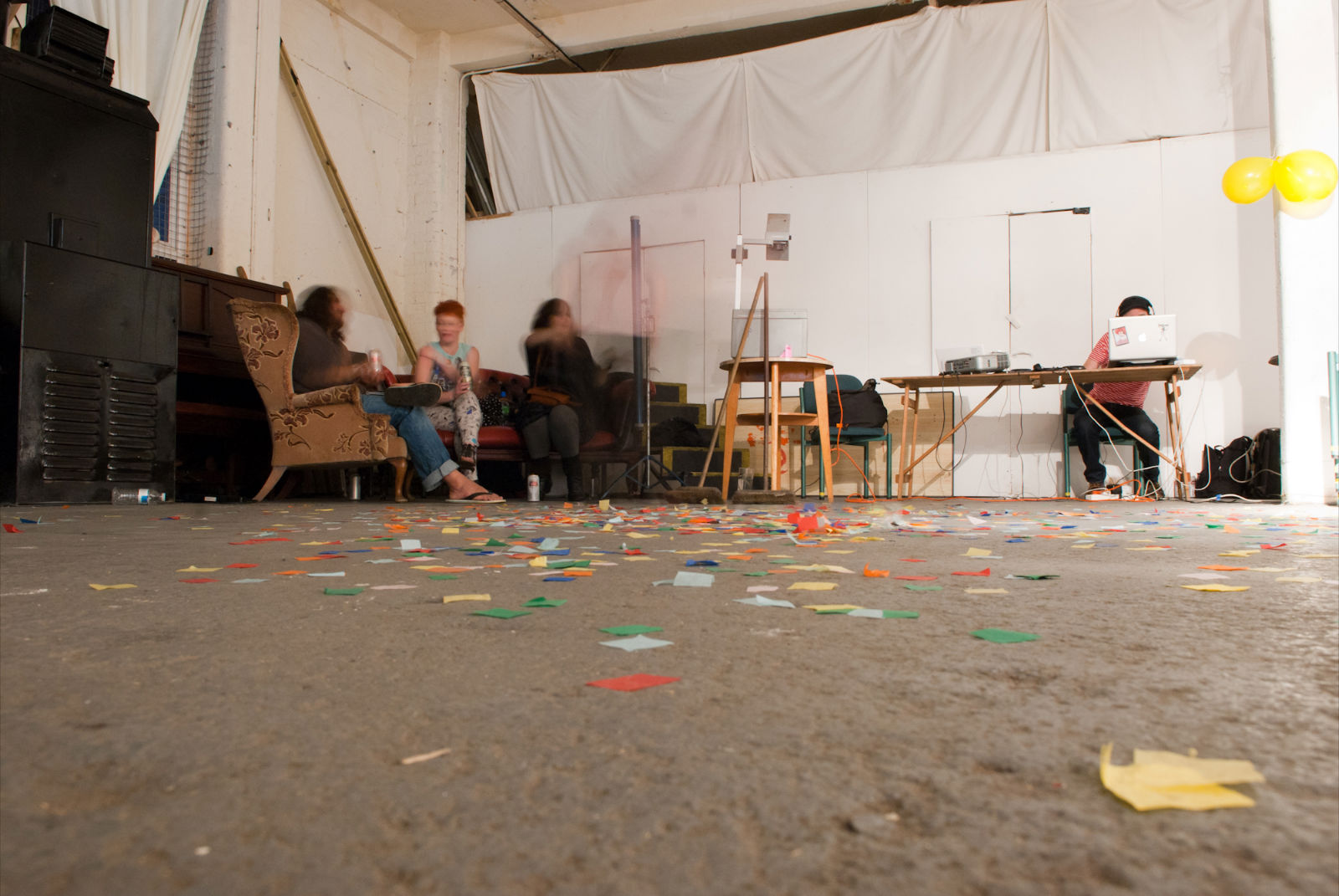 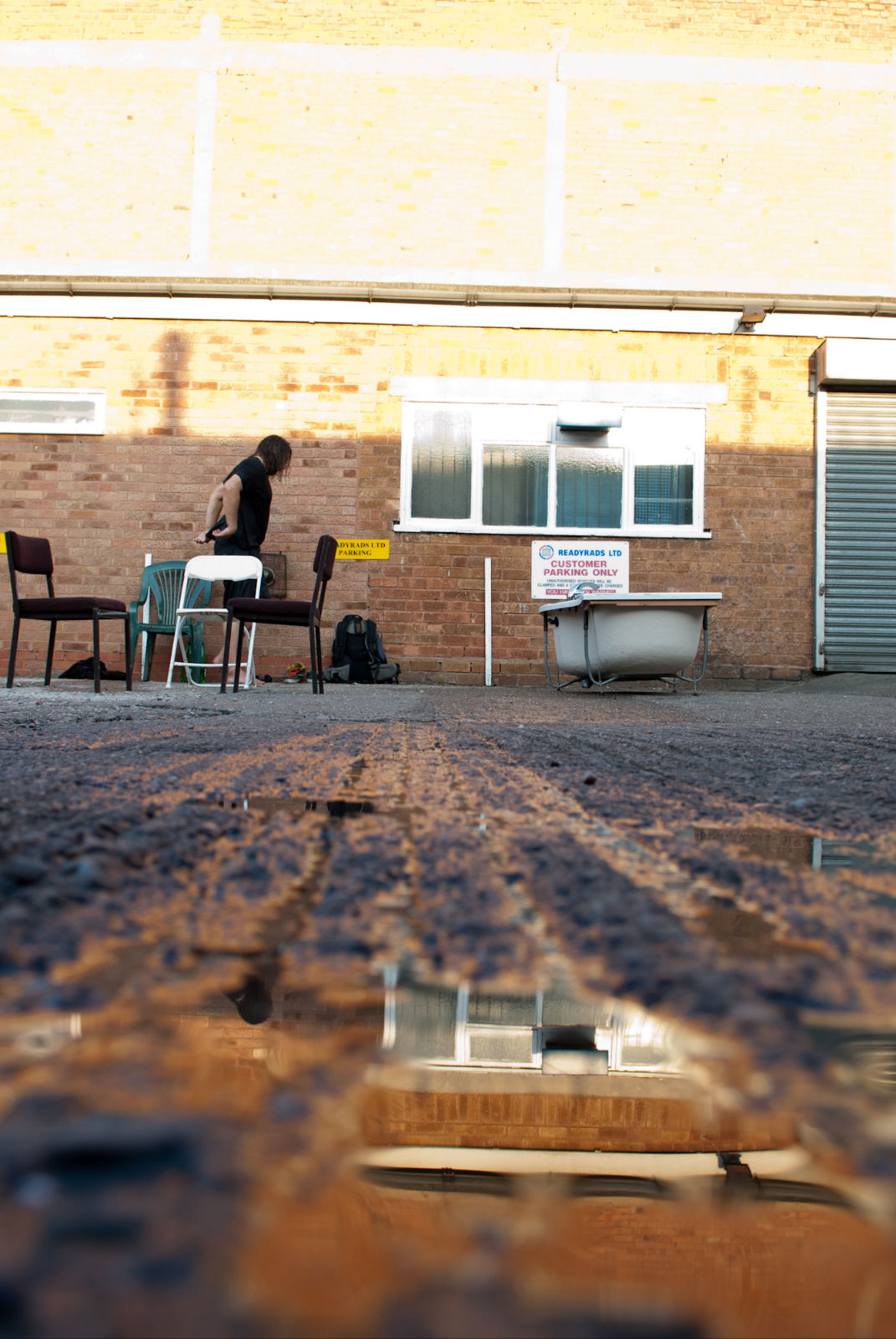 Be seeing you soon…