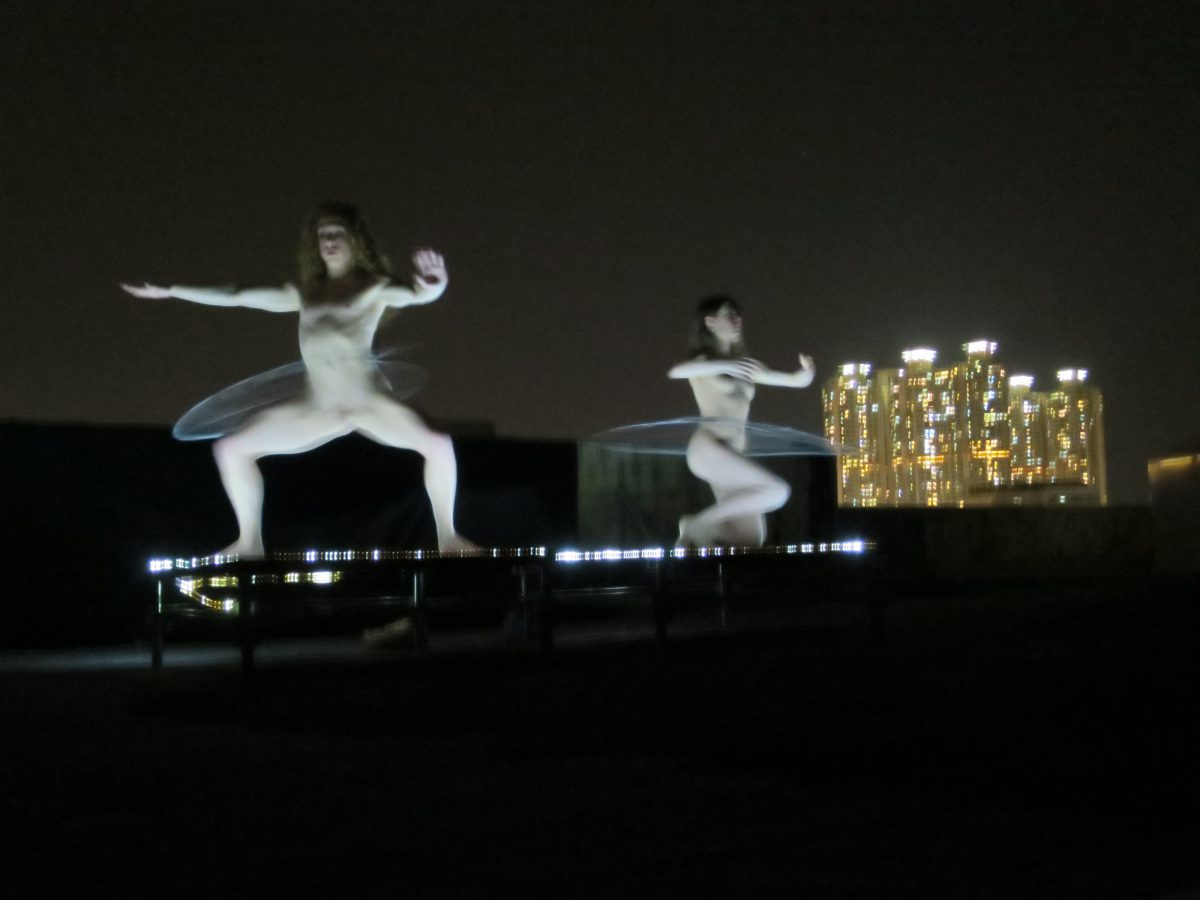 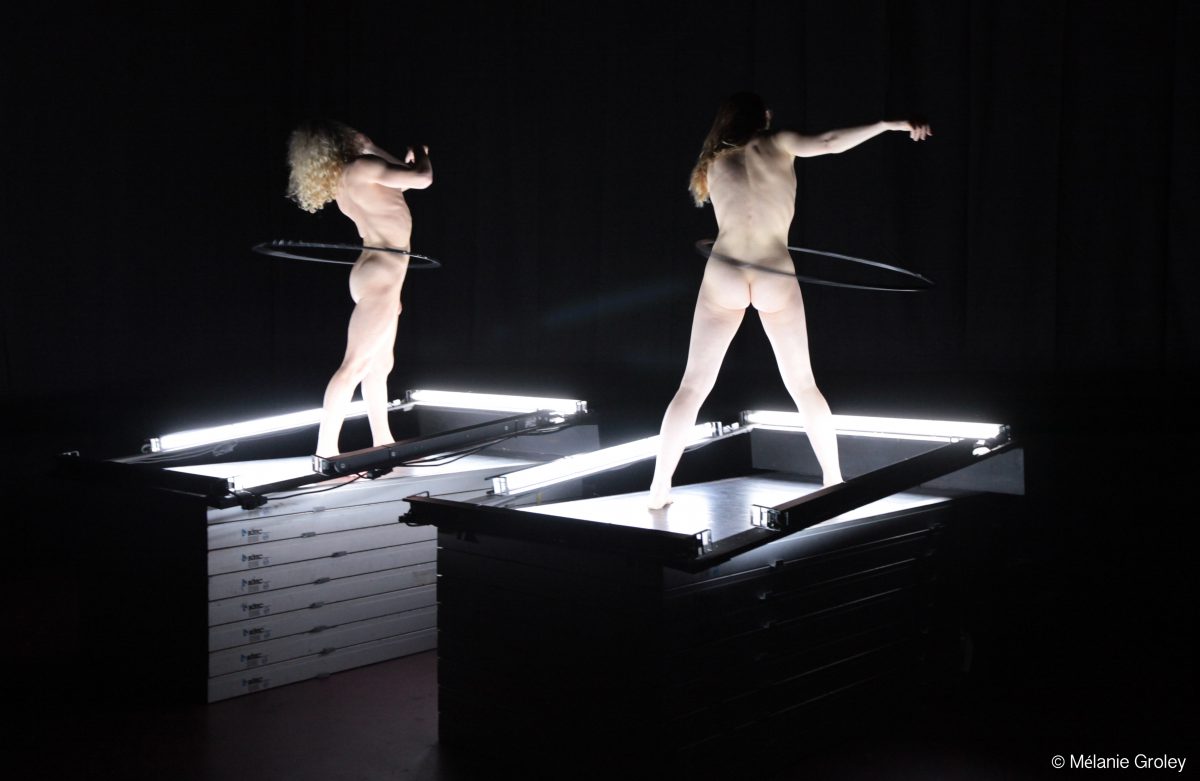 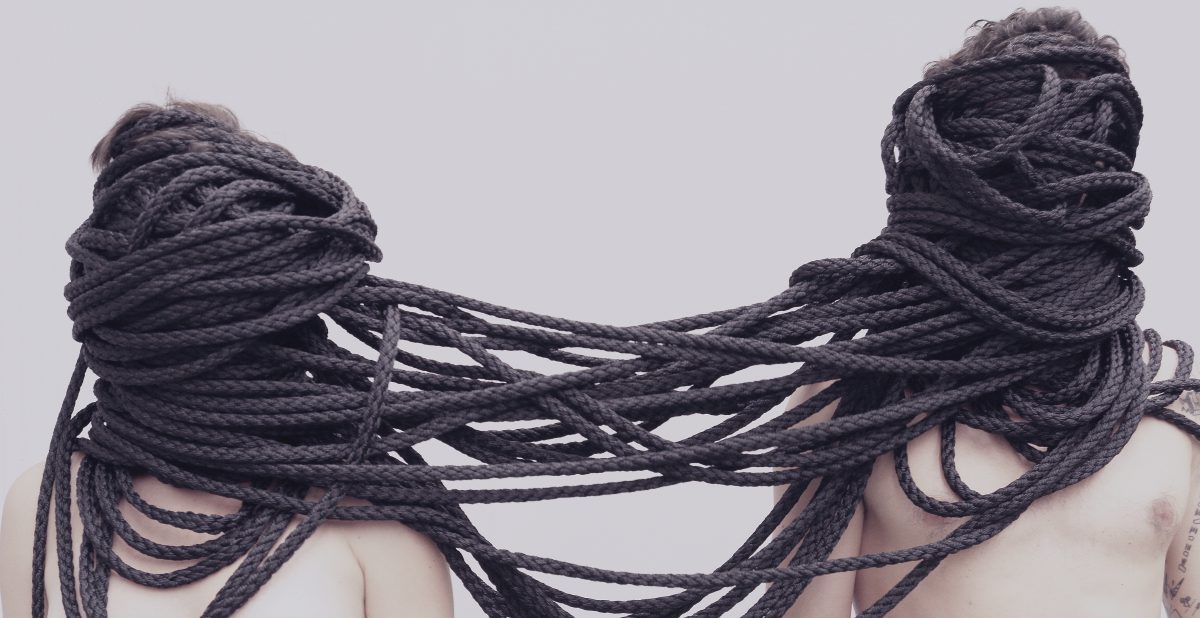 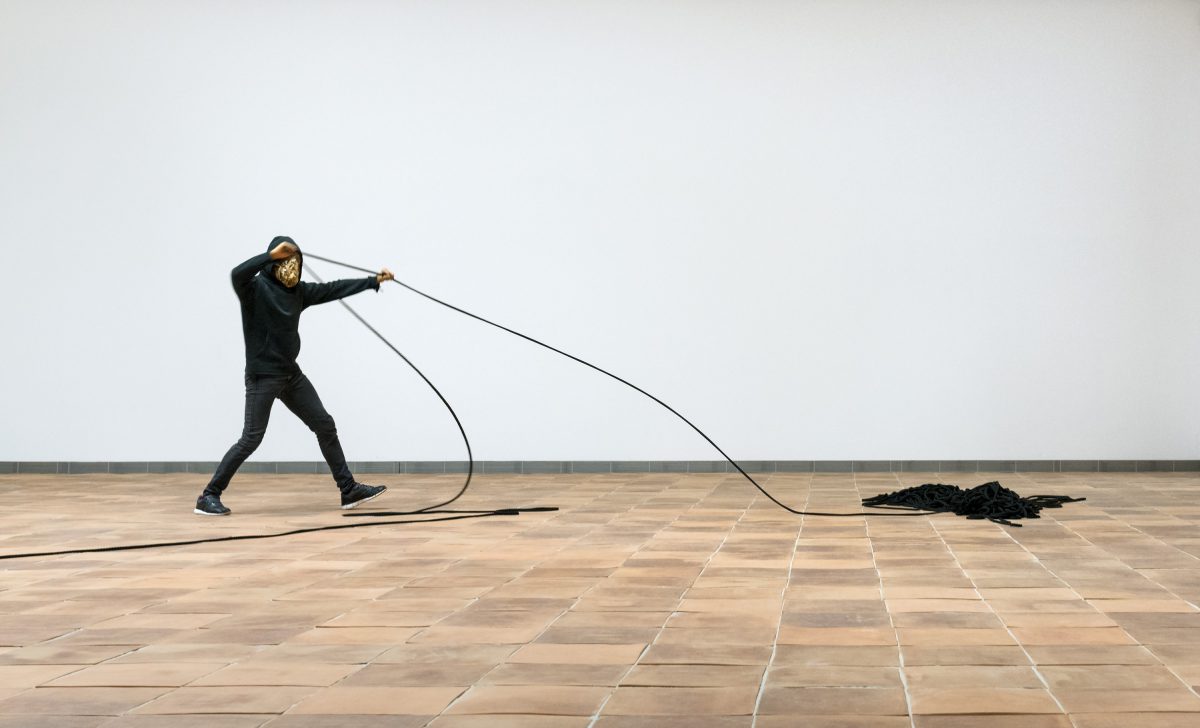 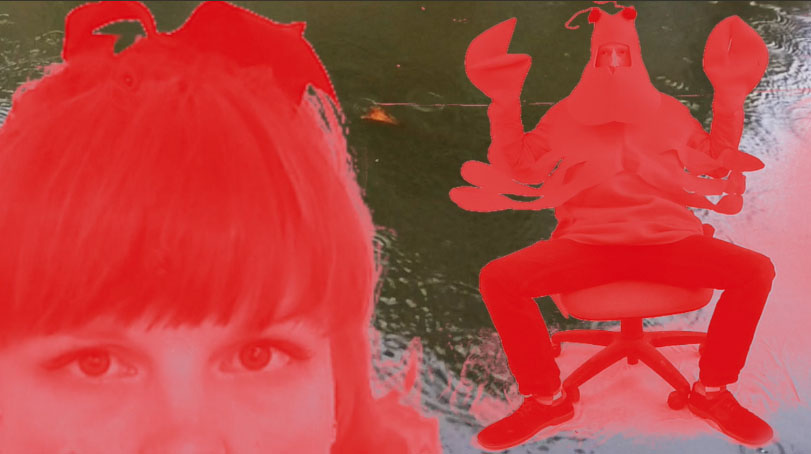 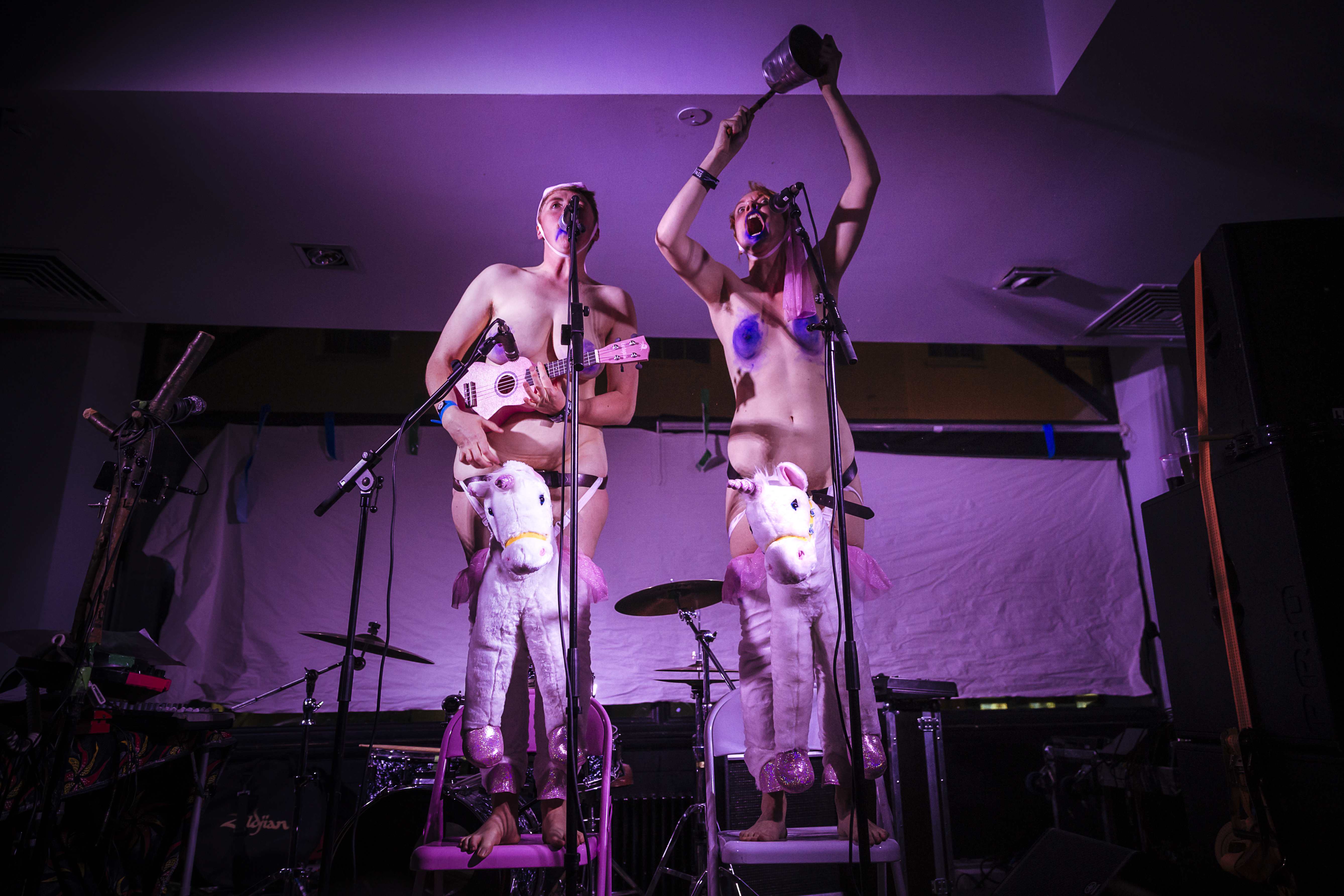 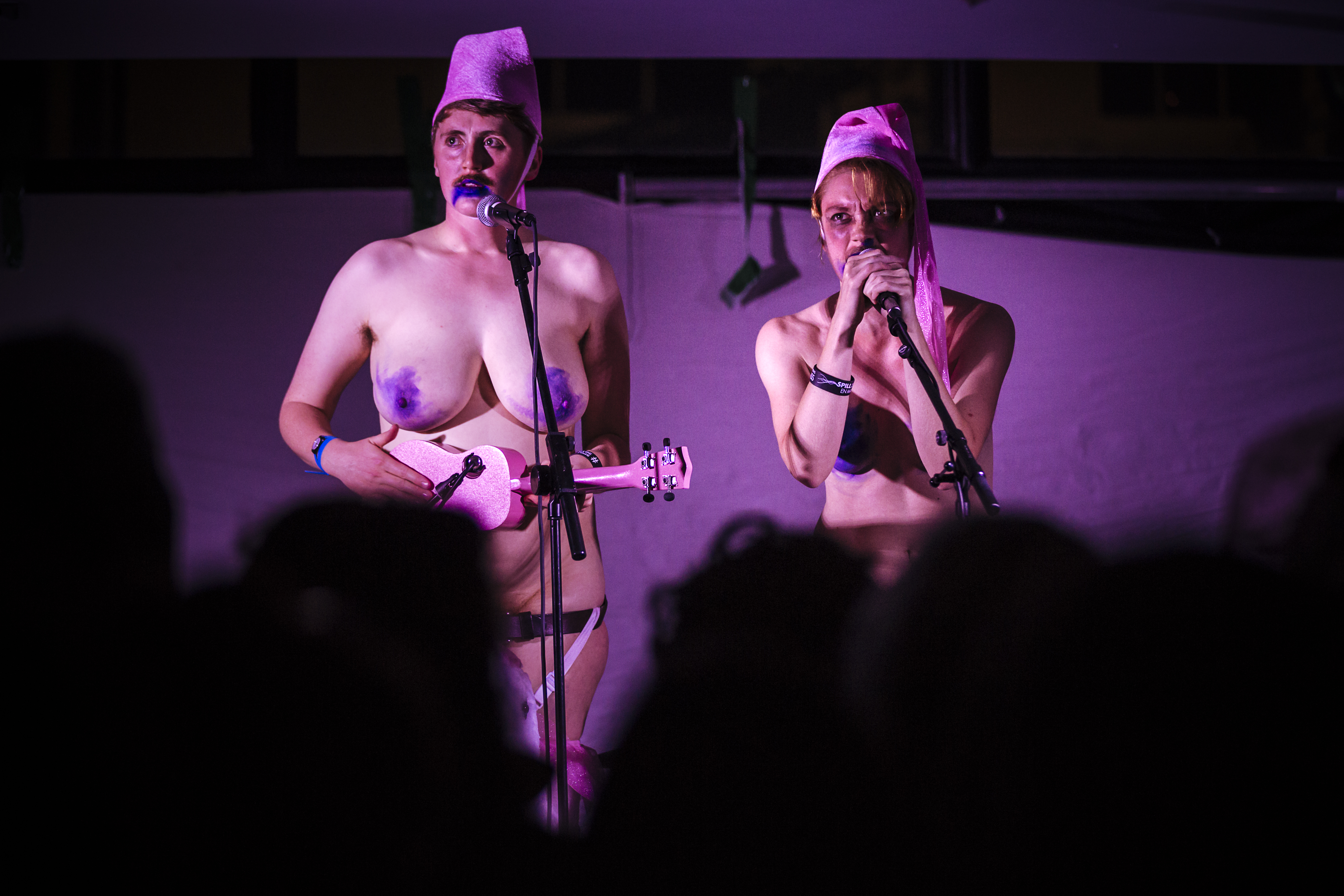 Fierce opening parties are the stuff of legend and this year we’re turning things up to 11! Join us at the opening of our festival hub and experience an incredible array of international performances from rope conjuring and rrriot girl to hulahooping and spandex cover versions. If you’re to attend just one event in the festival make it this - and it’s all completely free! Francois Chaignaud & Marie-Caroline Hominal (FR/CH) Duchesses UK Premiere 6.25pm 34 minutes Between arid ecstasy, radiant meditation and cruel hypnosis, Duchesses explores an unlikely dance, sovereign and prisoner from the most ancient game of humanity. The hula hoop, symbol of sexual liberation, becomes for the Duchess a choreographic device, instantaneous and incessant, without a past or future – a universal two wheeled vehicle. Production: Vlovajob Pru Vlovajob Pru is subsidised by the Ministère de la Culture et de la Communication (DRAC Auvergne-Rhône-Alpes) and the Conseil Régional Auvergne-Rhône-Alpes. Vlovajob Pru receives the support of the French Institute for its projects abroad. Quarto (SE) Durational Rope UK Premiere 7.30pm 120 minutes A performative exploration using a kilometer long rope, challenging the notion of what a body is capable of. The metamorphoses of a black 1000-metre-long rope: a pile, a lasso, a whip, a snaky line, and then a spiral, an unknown pattern; an unforeseen ornament between ground contact and vertical tension becomes a massive manacle entwining the body. The rope is an object that simultaneously fills and measures the space, a mutable instrument in the choreographic flow of a two-hour performance. In black hoodies and white face QUARTO execute an animistic ritual, which seems to imbue a utilitarian object with movement energy. Durational Rope is a contemplative exploration of the dynamic relationship between object and subject. Two tamers perform exercises that transform the rope into an oscillating medium of communication between the sentient beings. We still don’t know what a body is able to do, says philosophy. And we have yet to see what a rope can do when it is set in motion by bodies, awakening its own inner life. Supported by: The Swedish Arts Council, Stockholm’s Culture Committee, The Stockholm County Council and The Swedish Arts Grants Committee. Technical Coordinator: Daniel Goody Splash Addict (UK) Presented with Grand Union 7pm Splash Addict is a collaboration between artists Susie Green & Simon Bayliss. Inspired by shared filthy and romantic sensibilities and a love of ‘90s dance music, Green performs smooth commanding vocals over Bayliss’ undulating 808 synth-bass. The duo’s first video Love Immersion features the artists dancing in swimwear, together but alone, punctuated by clips of hands smacking bare backsides. This performance accompanies Susie Green’s solo exhibition Pleasure is a Weapon at Grand Union. Splash Addict / Love Immersion from Susie Green on Vimeo. Double Pussy Clit F*ck (UK) 9.30pm Double Pussy Clit F*ck are an anti-genre, riot-grrrl-on-grrl-on-boi-on-boi concept band from Glasgow. For the past few years they’ve been lovingly licking and poking the boundaries between bad music and art, right and wrong, sex and performance, creating strange anarchic live gigs in response to a world that they don’t understand and that doesn’t understand them. Their live shows are acts of deep queer love to each other, and loud cries to all to unleash their desires wildly and freely. WE ARE DOUBLE PUSSY AND WE DO CLIT FUCK. The bar will be open with Club Fierce DJs and dancing until late.