Pippa is an award-winning Independent producer based in Birmingham. Primarily she produces theatre, but has also worked in live art, dance, music, spoken word and circus. She likes to work that sits on the boundaries, and challenges preconceptions about the world around us. She works with a wide range artists to develop and tour new work, including Francesca Millican-Slater, Stephanie Ridings, Benji Reid, Babakas, Mohammed Ali, Centric and more.

She is Co-Producer for well-loved regional work-in-progress platform PILOT Nights and is a visiting lecturer at the University of Birmingham and Birmingham City University. 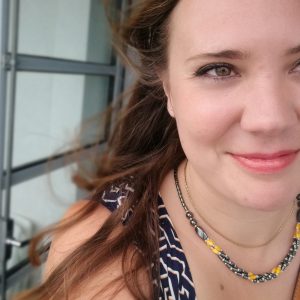 Locally grown, Catherine joined the Fierce team in early 2017. Her varied experience includes producing arts festivals and running projects in communities across the region. Alongside her role at Fierce she delivers bespoke training and works as a consultant with small charities. At Fierce she does anything and everything that needs doing. 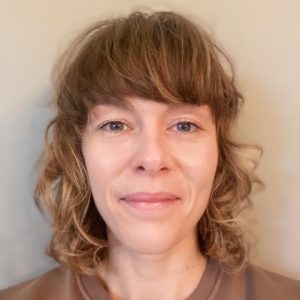 Rebecca is a communications creative with ten years of experience working in the sport, culture and lifestyle sectors. During her 10 years at innovative London design studio four23 she worked with clients ranging from adidas to London Design Festival, Medicine San Frontiers to Somerset House, and Virgin to the Australian High Commission. She is passionate about helping individuals and organisations communicate meaningfully to their communities – both online and offline.

Alongside her work in communications, Rebecca is also a qualified Personal Trainer – with a committed focus on improving physical and mental health support for the LGBTQ+ community. 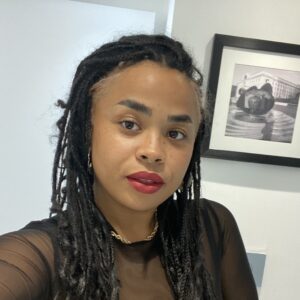 Birmingham Bab, Tinisha has worked with a variety of creatives in and around the 0121 area. She is interested in all genres of the arts, but has a keen interest in the local arts scene.

With a variety of experience to boot, she has produced artistic concepts at UK festivals and run creative projects under the pseudonym Leftfield (previously known as Cry Bab Club). As well as being part of the femxle and non – binary DJ community Selextorhood (Birmingham). 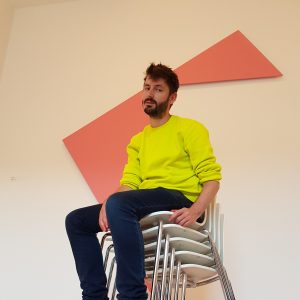 Aaron Wright is a curator and producer of live art and performance. They took up the role of Artistic Director of Fierce in April 2016 and has since curated the 2017 and 2019 Fierce Festivals. At Fierce they have also developed the new Horizon showcase of performance created in England and have acted as an international consultant on the Birmingham 2022 commonwealth games. They formerly worked as Programmes Manager at the Live Art Development Agency (London), following an initial traineeship funded by the DCMS Jerwood Creative Bursaries scheme in 2010. At LADA they co-curated international programmes of Live Art and spoke regularly on the subject. Aaron has also worked as a guest curator and consultant programmer for the National Theatre, The Arches and Cambridge Junction, as well as co-producing club night Knickerbocker at The Yard Theatre. Aaron also worked with performance artist The Famous Lauren Barri Holstein and is a member of the Steakhouse Live collective.

Fierce was founded in 1997 and over the years we’ve had some brilliant team members come and go through our doors. Here’s a list of who worked on previous editions of the festival.

Fierce understands the importance of work experience to young people with ambitions to work in the arts and aims to provide placement opportunities that will support and develop the next generation of arts professionals.

In fitting with the ethos and vision of Fierce, we aim for all placements to be non-exploitative and open to young people from a range of backgrounds.

Here are blog posts from previous young people who have been on placement with us: