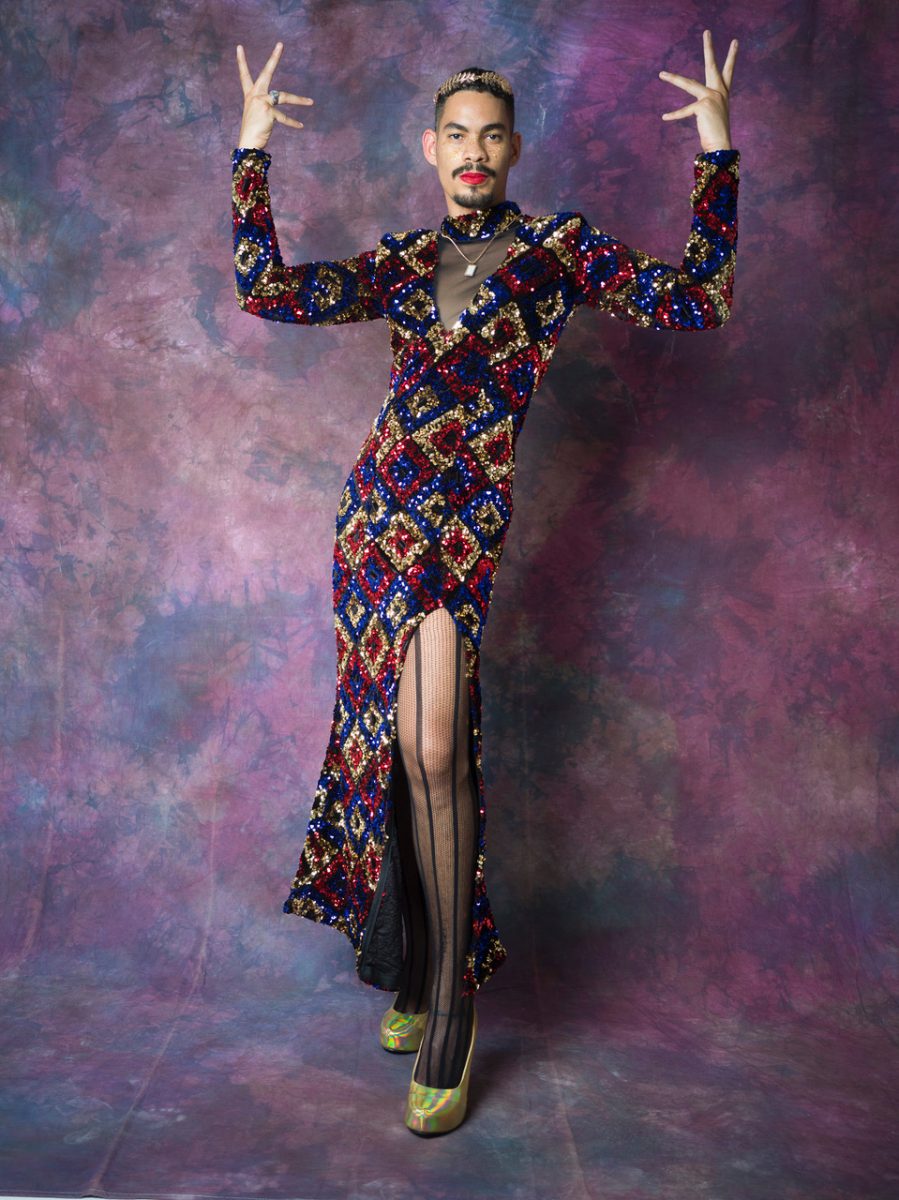 Fierce have invited artists Sunil Gupta and Charan Singh to create a new body of photographic work with LGBTQ+ refugees and asylum seekers in the West Midlands. The British Empire exported homophobia across the world and many Commonwealth countries retain these prejudiced penal codes to this day. In India, Section 377, introduced by the British in 1860 criminalised homosexuality. Gupta’s series The New Pre-Raphaelites produced in response to this law, was the inspiration for this invitation.

When seeking asylum in the UK to escape this persecution, documentation or ‘proof’ of sexuality is required. How can someone prove an intrinsic part of their being? And what do alternative expressions of gender and sexuality look like outside of the Western context? This series allows the participants to tell their own stories and choose how they want to be seen.

Charan Singh’s (b. 1978, India) finished his practice-led PhD at the Royal College of Art. His research and practice are informed by his involvement with HIV/AIDS work and community activism, which uses the mediums of photography, video and text to explore his ‘pre-English language’ life to create artistic resistance through storytelling and fictional fragments to express multi-layered gender experiences and the ephemeral nature of queer desire. His work reclaims subaltern queer identities, sub-cultures that have been defined mainly as victims. While refusing to form of subjugation it investigates the institutionalised modes of knowledge productions that are stained with colonial past and are being overshadowed by neo-colonial narratives in India.

Sunil Gupta is a British/Canadian citizen, (b. New Delhi 1953) MA (RCA) PhD (Westminster) who lives in London and has been involved with independent photography as a critical practice for many years focusing on race, migration and queer issues. A retrospective was shown at The Photographers’ Gallery, London (2020/21) and has moved to Ryerson Image Center, Toronto. He is a Professorial Fellow at UCA, Farnham. His latest book is “London 1982” Stanley Barker 2021 and his current exhibitions include; “Every Moment Counts: AIDS and its Feelings” at the Henie Onstad Kunstsenter, Norway. His work is in many private and public collections including; the Tokyo Museum of Photography, Philadelphia Museum of Art, Royal Ontario Museum, Tate and the Museum of Modern Art. His work is represented by Hales Gallery (New York, London), Stephen Bulger Gallery (Toronto) and Vadehra Art Gallery (New Delhi).