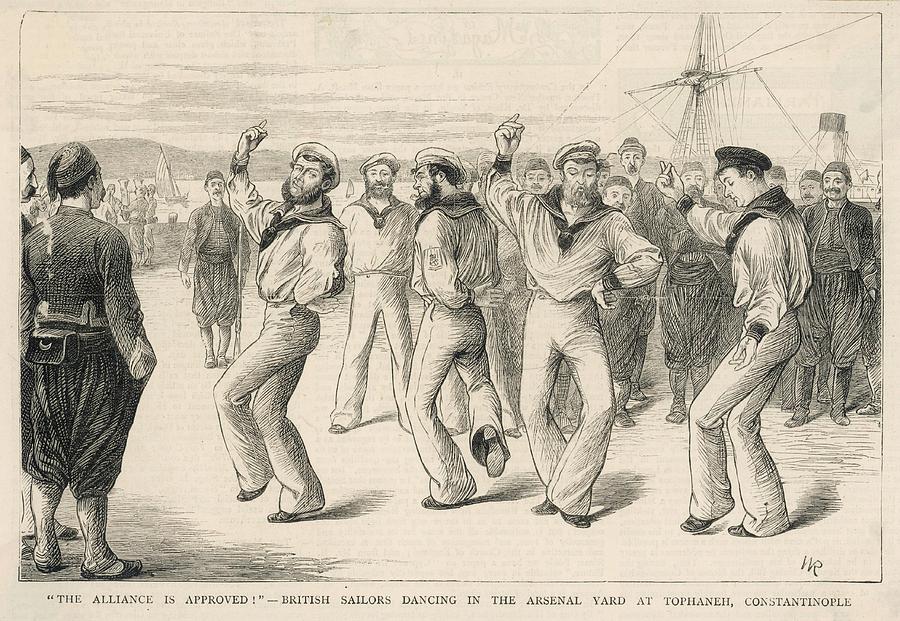 Join the artists behind Duckie’s performance ‘Princess, Picnic Promenade’, for this fun and fascinating chat. Focusing on the relationships between empire, Britishness, sexuality, and racism, this discussion grapples with many of the themes that have informed the Healing Gardens of Bab programme.

The Living Room invites you to join artists EJ Scott (of the Museum of Transology), Bird La Bird, Ange Loft (of Jumblies Theatre, Toronto), Alaska B, Kieron Jina and more, as they offer an insight into the queer histories and stories that animate their artistic work, and the political messages they want to communicate.

Ange Loft is an interdisciplinary performing artist and initiator from Kahnawà:ke Kanien’kehá:ka Territory, working in Tsi Tkarón:to. She is an ardent collaborator, consultant, and facilitator working in arts based research, wearable sculpture, theatrical co-creation and Haudenosaunee history. She teaches Story Creation at Centre For Indigenous Theatre (2021) and was the Artist in Residence  at OISEE/ JHI (2021). She’s creating new performance work as Centaur Theatre’s Artist in Residence (2021-22) and as director of the Talking Treaties initiative with Jumblies Theatre + Arts, with projects including; experimental film and workshop series Dish Dances (2021) in collaboration with Centre for Indigenous Theatre, video and installation By These Presents: “Purchasing” Toronto (2019), and outdoor promenade theatre Talking Treaties Spectacle (2017, 2018). Upcoming collaborations include Black Creek Pioneer Village’s Changing the Narrative initiative (2022) and placemaking with the Canadian Centre for Architecture (2022). Ange’s been the Associate Artistic Director of Jumblies Theatre + Arts since 2015 and a touring vocalist and designer with Yamantaka//Sonic Titan since 2012. She’s holds advisory roles with Native Women In the Arts as a Board member (2021), OCAD University’s Indigenous Education Council (2021), City of Toronto Indigenous Arts and Cultural Advisory for the Indigenous Arts and Culture Partnerships Fund (2018), and Toronto Biennial of Art Advisory Council (2018-21).

Based in Toronto, Ontario, alaska has a Bachelor in Interdisciplinary Arts from Concordia University, a degree in Computer Animation from Sheridan college, and a passion for exploring the intersection between media and technology. Known for her problem solving skills, creative approach, and mix of expertise, her practice moves fluidly between digital media production, installation and musical performance. Her unique skill range has seen her trouble shoot as theatrical technician for large scale community engaged performances; produce and present her own animations and intermedia creations; and to build a striking musical catalogue that is grand in scope. As a composer and performer, her award-winning film and game scores (Canadian Screen Award 2019, Canadian Game Awards 2016) and songwriting (Polaris Prize nominated, Juno Awards nominated) have been heard all over the world. Her film work includes Through Black Spruce (2018) and Michael Shannon Michael Shannon John (2015). Her video game credits include Mark of The Ninja (2012) and the critically acclaimed Severed (2016, PS VITA, 3DS, WiiU, Switch, iOS).

Bird la Bird is an artist who straddles comedy and performance art. Drawing on her love of history and art Bird has created highly popular queer people’s history tours of the V&A, Tate Britain, the National Portrait Gallery and the City of London.

E-J Scott is a curator, cultural producer and academic and was awarded the UK’s Museum Activist Award 2020/21. He is the founder of the museumoftransology.com and the British Digital Art Network (Tate/Paul Mellor Research Centre). He is Stage 2 and 3 Leader of the BA (Hons) Culture, Curation & Criticism at Central St Martins.

Kieron Jina, based in Johannesburg, South Africa, specializes in performance art, choreography, photography and video art to tell personal stories that are underpinned by activism and to challenge stereotypes. He has an MA in Drama from the University of the Witwatersrand, Johannesburg. Jina was awarded Mail & Guardian’s 200 Young South Africans: Arts and Culture, category for performance art. Furthermore, he was awarded danceWEB Scholarship at the ImPulsTanz – Vienna International Dance Festival. Jina has won multiple awards including the Ovation Award for choreography at the National Arts Festival & the Goethe-Institute International Coproduction Fund to create “Down to Earth” at Tanzfabrik Berlin. Jina completed artistic residencies that lead to collaborative performances and art creations in Brazil, Germany, Austria, France, Réunion, Nigeria, Tanzania, South Korea and Switzerland. He is the founder and curator of Queer Art Night South Africa and is currently touring with “#FemmeInPublic”, “Down to Earth” and “PINK MON€Y”.

Jina is creating more spaces for art that exists for people of colour (POC) and indigenous performance practices from different African regions. Jina is particularly interested in the challenges and complexities of the transitional millennial generation — a generation that experienced the end and fall of apartheid only to be flung into a country still grappling with its own trauma and healing. Jina studies this dynamic particularly in their exploration of the shifting identities of queer people of colour, a group that features centrally in their work.