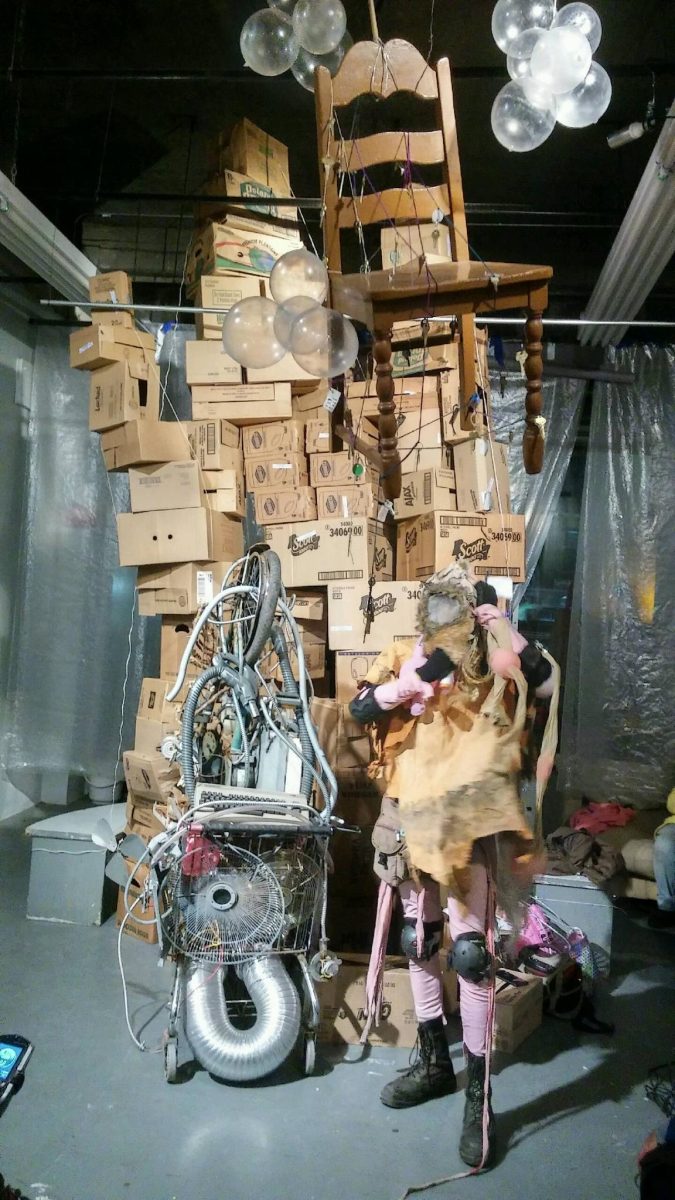 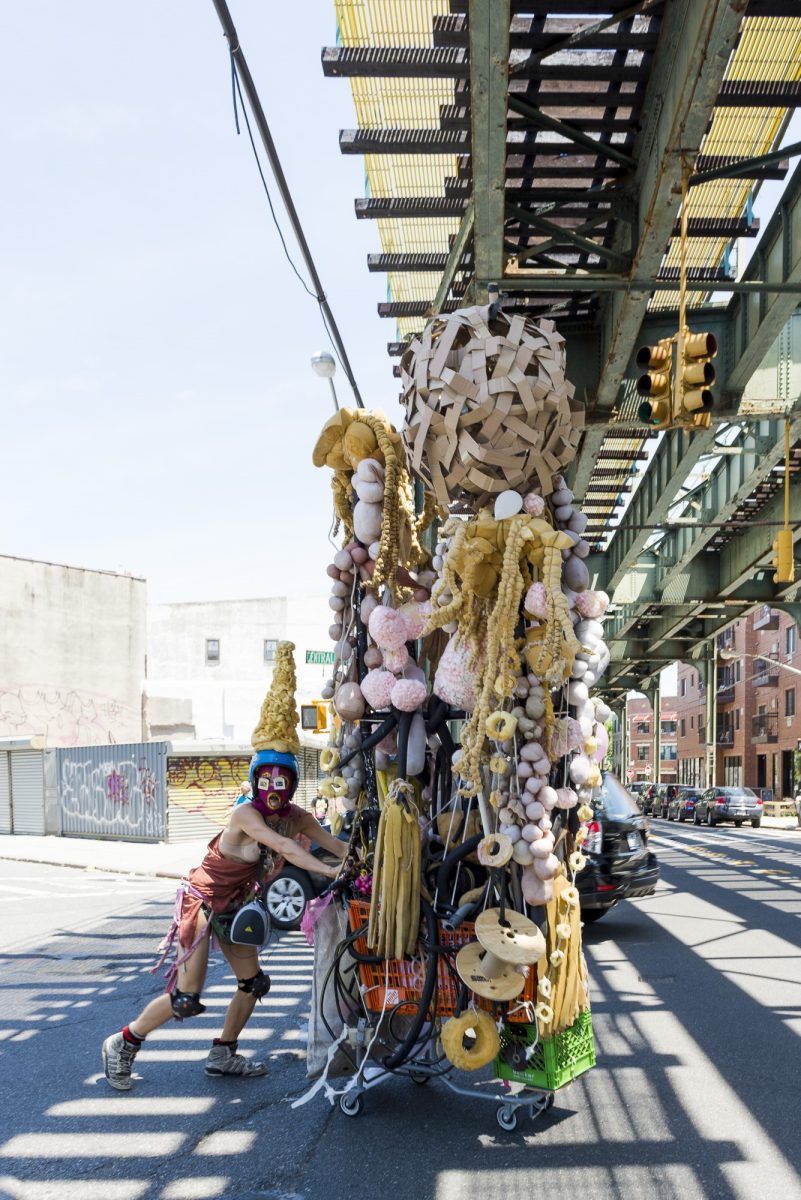 An Exploration of Garbage and the Void

GARBAGE, like God, has no known origin, although it seems to be a genus of inanimate object that has suffered the alchemy of human intervention: transforming first from living to dead (e.g. dinosaurs to petrol) and then from valuable to unwanted (e.g. gasoline to carbon), moving from deep intimacy with the human and its life, to a state of extreme ghettoization. Other animals do not seem to produce similar Garbage, nor have a need for idols or religious artefacts in general. But our ramping up of consumption just as Marxist materialism is on the rise does suggest replacing one with the other.

When our new god, money, is exhausted, becomes boring, trite or banal, what will replace it?

enormousface aka artist Kalan Sherrard, will be in residence throughout the festival week making interventions, garbage sculptures and performance. Check back for exact details nearer the time.

enormousface is a slime mold who lives in a (w)hole in the sky with dozens of wild abjects. xE tours Not-Happenings and Puppets Shows around much of the un/known world, has recently been involved in the organization of Garbage Fest in the abominable Amerikas, and periodically lectures on Speculative Inverted Ontology, exploring the cognitive dissonance of eco-nihilist jouissance and phoenix-like dHope [sic] on an exponentially crumbling planet.