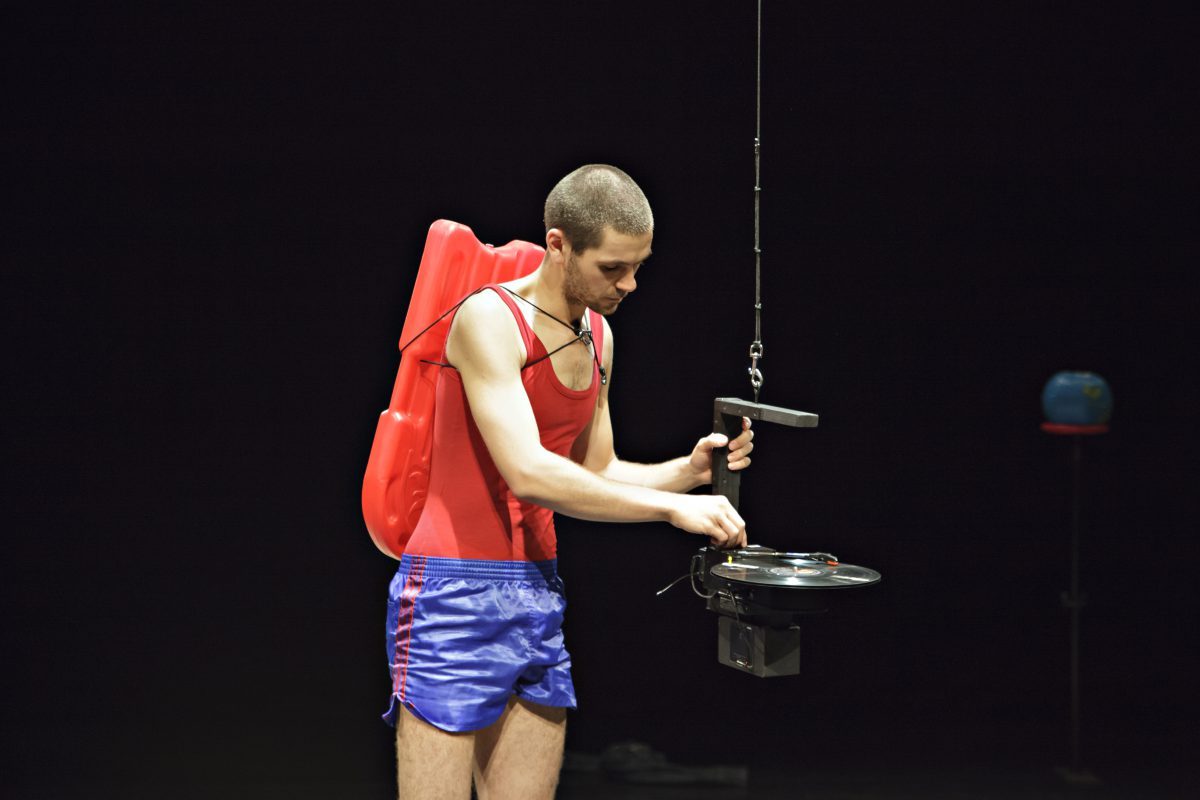 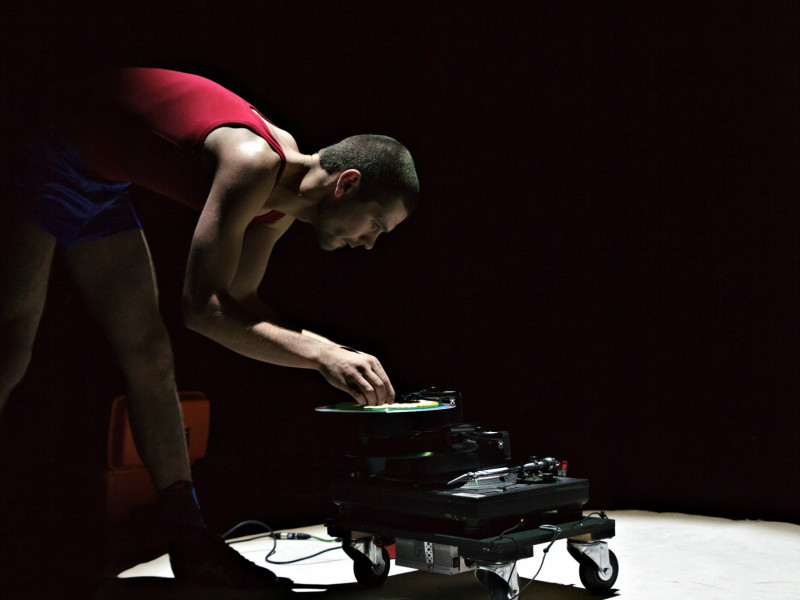 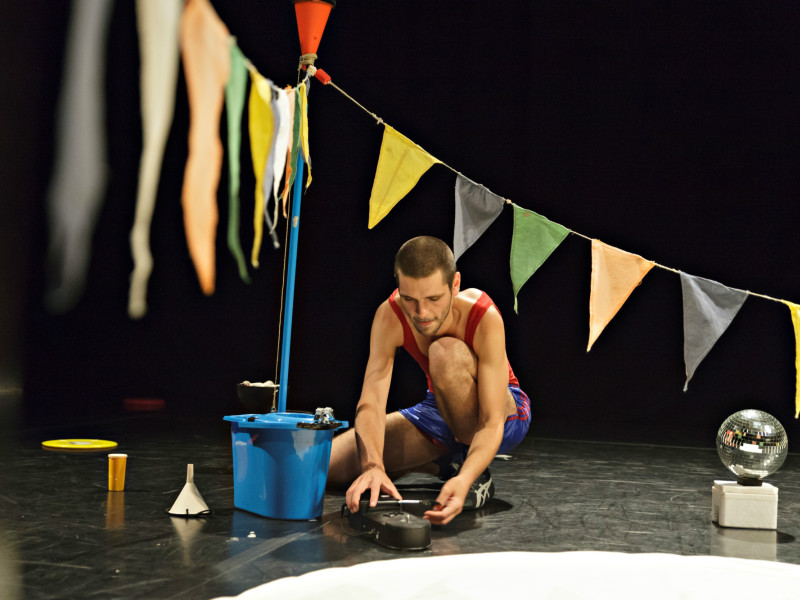 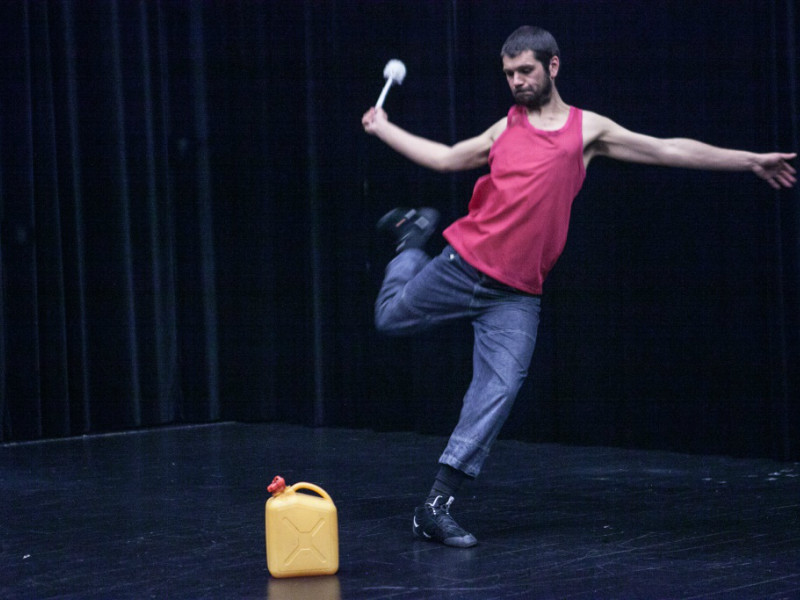 “In the beginning there was nothing, which exploded.”

Or in other words: There is hardly any object the young multi-talented Belgian Louis Vanhaverbeke cannot incorporate into his sound-world. Frisbees, watering cans, drum computers, camping cookers, skateboards, record players, plastic toys and disposable items are some of the ingredients he assembles to create a sensational kinetic sound installation.

The award-winning and exceptional performer moves through his Multiverse with playful ease. He raps, fiddles around and comes up with ever-new ideas. What seems to be chaotic at first glance turns out to be a sophisticated, high-precision and witty performance which captivates audiences with its exuberant creativity and originality.

Fierce Says: Louis Vanhaverbeke is about to lift off. Catch him whilst you can in his debut UK performances before he majorly hits the big time. A visual theatrical treat with much more to it than initially meets the eye. This is one neat show that left us looking to the stars with a brilliant soundtrack to boot.

Multiverse is included in the Fierce Weekend Pass which can be purchased here.