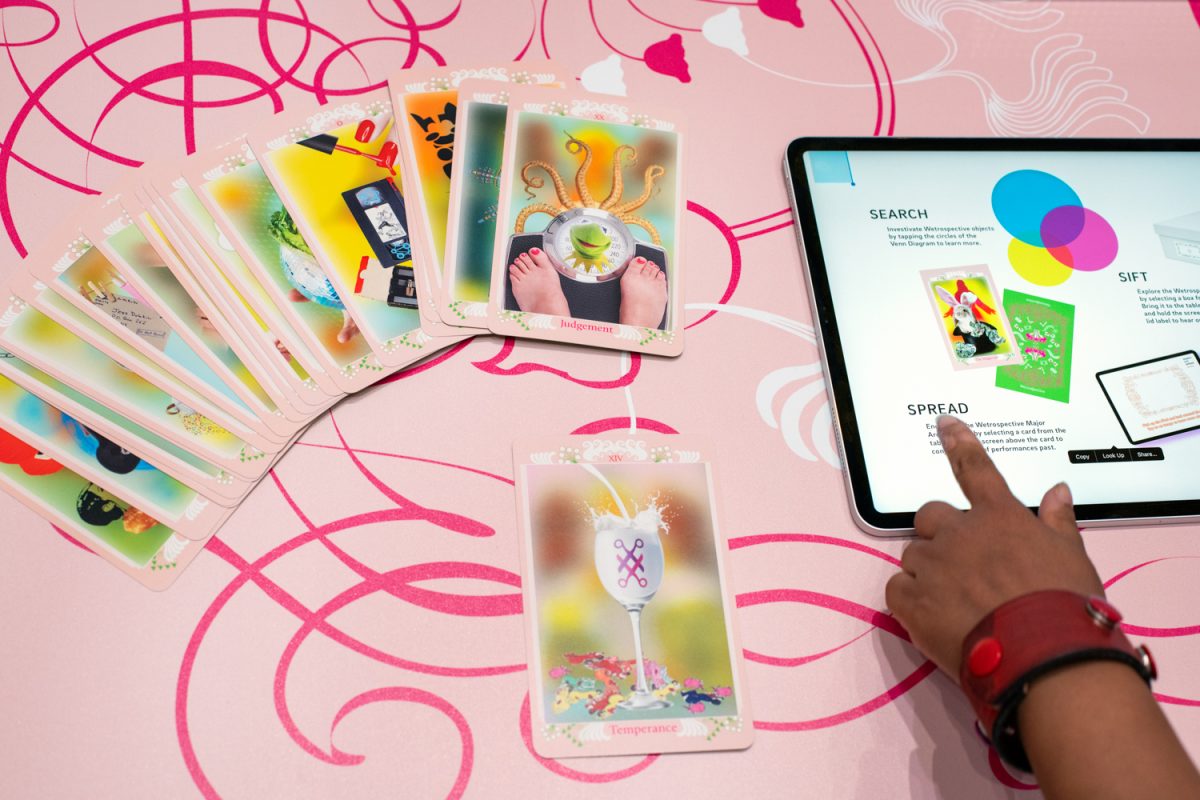 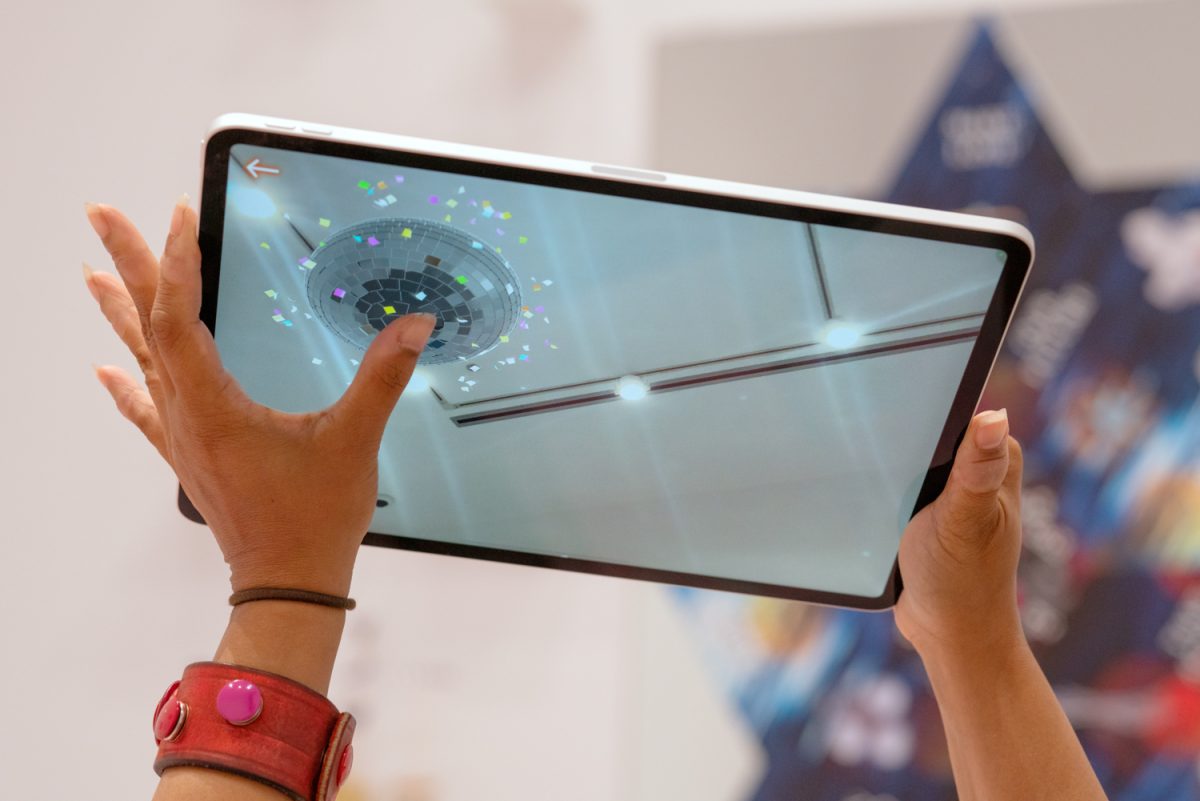 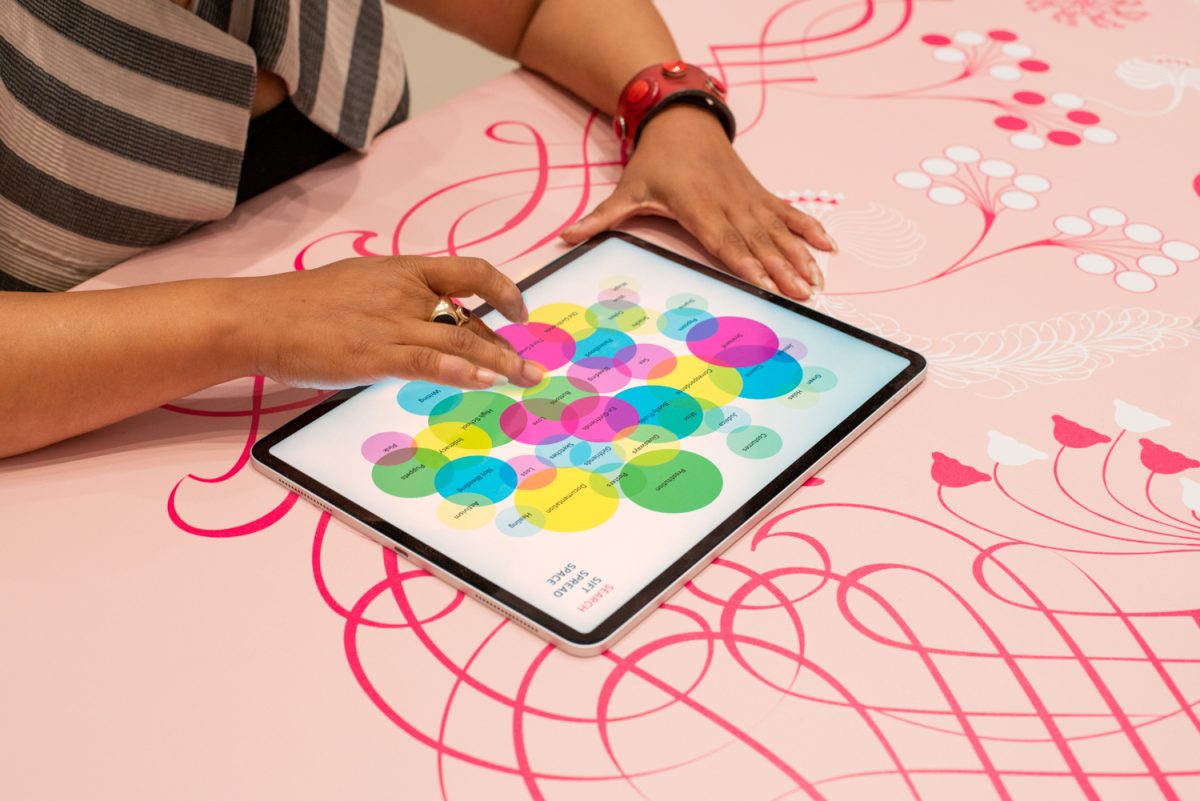 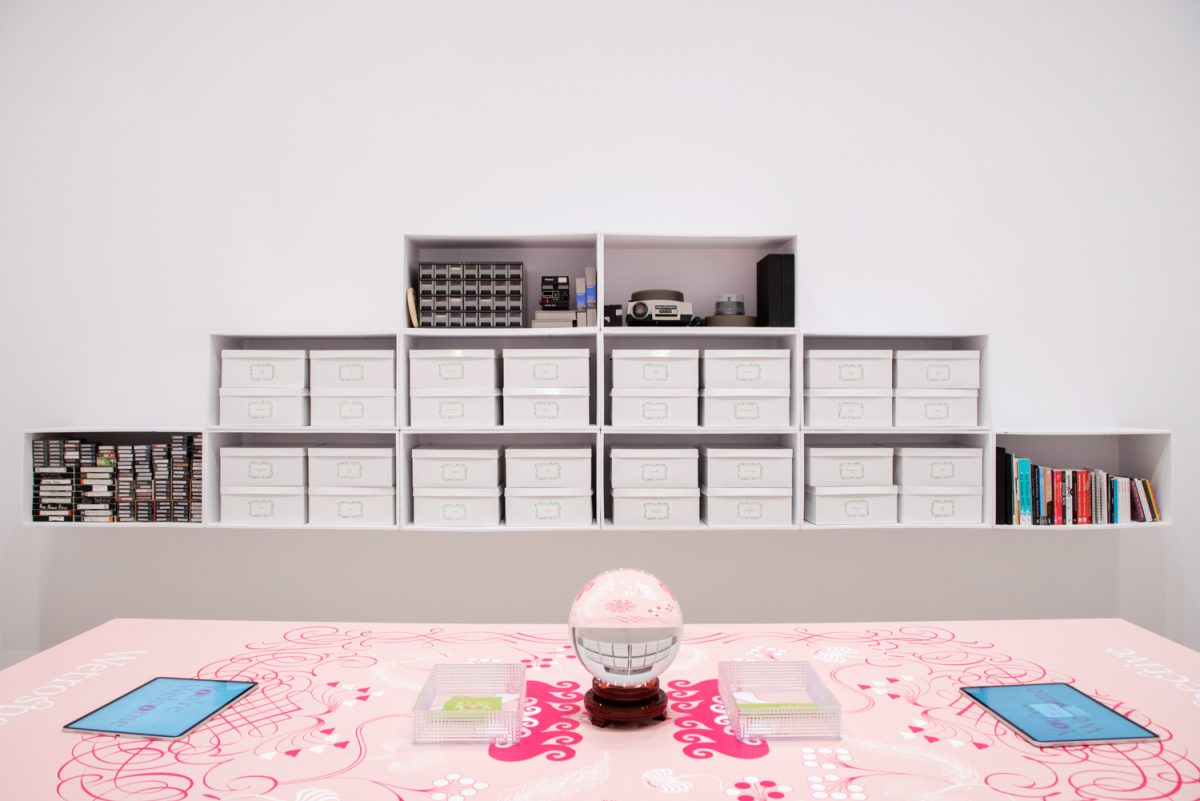 I’ve been thinking a lot about how to undo, redo, represent, reimagine, activate, and upcycle the archive. For my purposes, I’m not interested in the archive as a repository of inert objects or presentation of historical documents; I am interested in how the archive can be performed and transformed — how it can bend and defy linear time, how it can be in conversation with the past, present and also speak to the future. – Jess Dobkin

Jess Dobkin’s Wetrospective, curated by Emelie Chhangur and presented at the Art Gallery of York University (September 2021), repurposed Dobkin’s 25+ year performance art archive into a vital and pertinent engagement with a living audience. The Wetrospective celebrates the “We” of collectivity, collaboration and community and the “Wet” of slippery, messy life playfully subverting and upending conventions of the gallery, institution and exhibition practices. It’s an intimate encounter that reflects and refracts trauma, ritual, healing, memory and the necessarily untidy overlaps, intersections, collisions and frictions. The Wetrospective asks: How do archives
perform?

In this archival reading room laboratory, visitors can finger through Jess’ fonds. The space is mediated by a Digital Finding Guide with AR (augmented reality) features where you can SEARCH, SIFT, SPACE and SPREAD and a Wetrospective Major Arcana deck of cards.

It’s an invitation and an offering. You’re Welcome.

Jess Dobkin is an internationally acclaimed artist. Her performance and curatorial projects are presented at museums, galleries, theatres, universities and in public spaces internationally. She was active in the downtown performance art scene in New York City before moving to Toronto in 2002. Recent projects include her 2017 Dora-nominated performance, The Magic Hour, which was developed through The Theatre Centre Residency program with support from the Canada Council, Ontario Arts Council and the Toronto Arts Council. She created The Artist-Run Newsstand (2015-2016), a one-year artist-run newsstand that operated in a vacant subway station newsstand kiosk. Her Lactation Station Breast Milk Bar (2006, 2012, 2016) continues to receive significant scholarly consideration and media attention. She was Guest Curator of MONOMYTHS at FADO Performance Art Centre (2016-2017), Guest Curator of Harbourfront Centre’s HATCH performing arts residency program (2011-2012) and a co-curator of the 7a-11d International Festival of Performance Art (2009-2012.) She has taught as a Sessional Lecturer at OCAD University, the University of Toronto and Sheridan College, and was a Fellow at the Mark S. Bonham Centre for Sexual Diversity Studies at the University of Toronto. Her photographic images, created to accompany her performances, are also published and exhibited as stand-alone works. Her film and video works are distributed by Vtape.