Babylon’s hanging gardens were built as a luscious sanctuary for Queen Amytis in an unfamiliar city, because she missed the mountains and greenery of her homeland. One of the Seven Wonders of the Ancient World, they are the only wonder whose existence is disputed. Some suggest the gardens are a figment of the ancient imagination. Just like Babylon’s Gardens, the existence of queer people has often been disputed. Actually, we have always existed: from Hijras and Kothi communities in India, Pakistan and Bangladesh;  the Fa’afafine of Samoa; Sangomas of South Africa; as well as many identities that aren’t translatable into English. Our own Healing Gardens of Bab remind us that it was homophobia, not homosexuality that the British Empire exported, whilst looking towards healing queerer futures.

Healing Gardens of Bab is an artistic response to our colonial history that celebrates what Empire tried (and failed) to stamp out. Working with a group of five young LGBTQIA+ creatives (Hassan Hussain, Simone Mendez, Eric Scutaro, Beth Steventon-Crinks and Patrick Vernon), Fierce has devised a programme of performances, events and artworks that uplift expressions of queerness globally, through joyous spectacles and participatory events here in Birmingham. The programme features queer artists and collectives from across the Commonwealth. The steering group has commissioned local artist Mazahir Hussain aka Girth of Venus to create the Healing Gardens of Bab lead artwork.

Elsewhere in the programme audiences are invited to engage in hands-on events including YOU’RE INVITED, by Toronto’s Jess Dobkin & Clayton Lee, an event series exploring queer activism, whilst SaVAge K’lub opens their door to new members via screenings, performances and t-shirt printing. Drop in to Selfridges at the weekends for a programme of in store crafts, DJs and pop up exhibitions or join the debate in a dynamic programme of talks and discussions. Behind closed doors Sunil Gupta and Charran Singh create a new body of work with the Journey Asylum Seekers Group. Further afield ‘Bab’s Baldacchino’, a new commission by queer designer and architect Adam Nathaniel Furman tours Birmingham’s suburbs as a beacon of queer hope.

See What’s On for full event listings, and get booking! 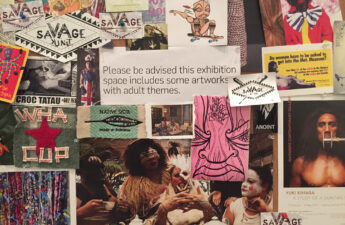 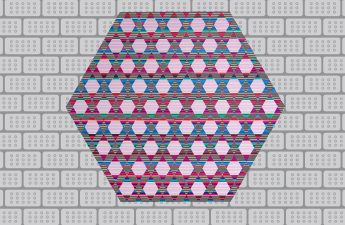