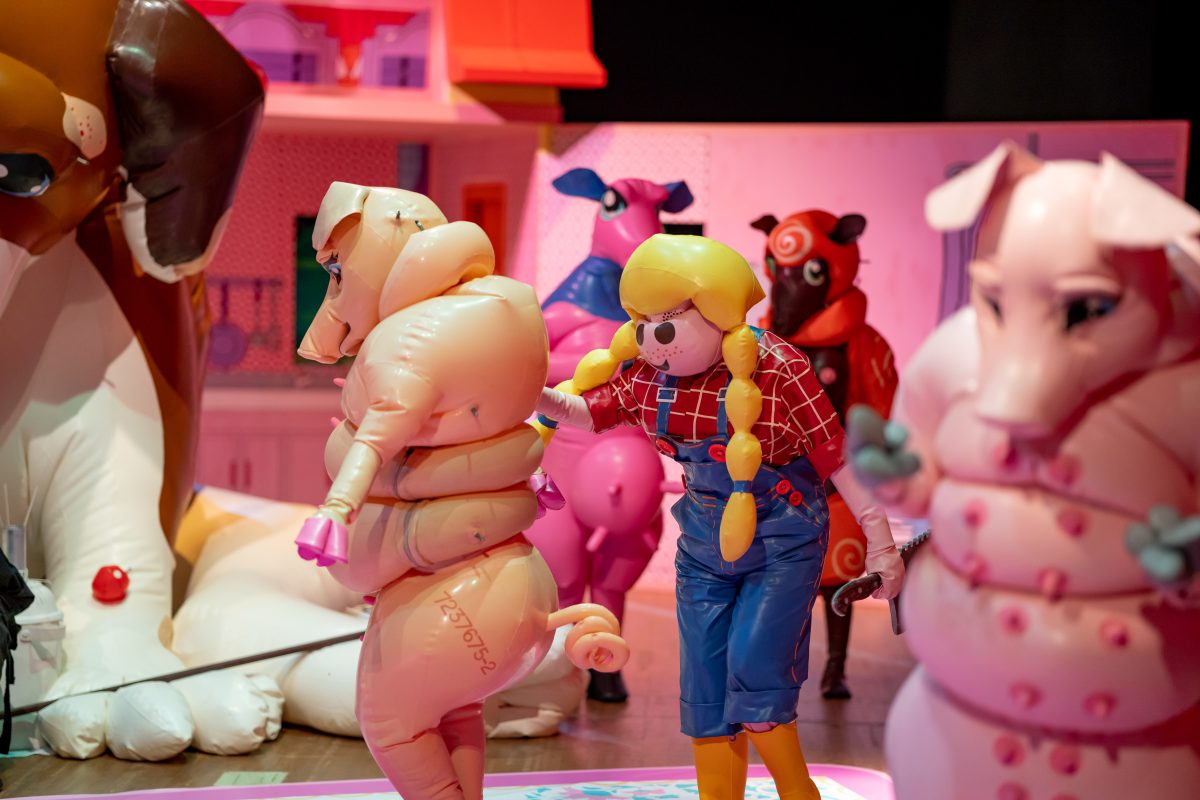 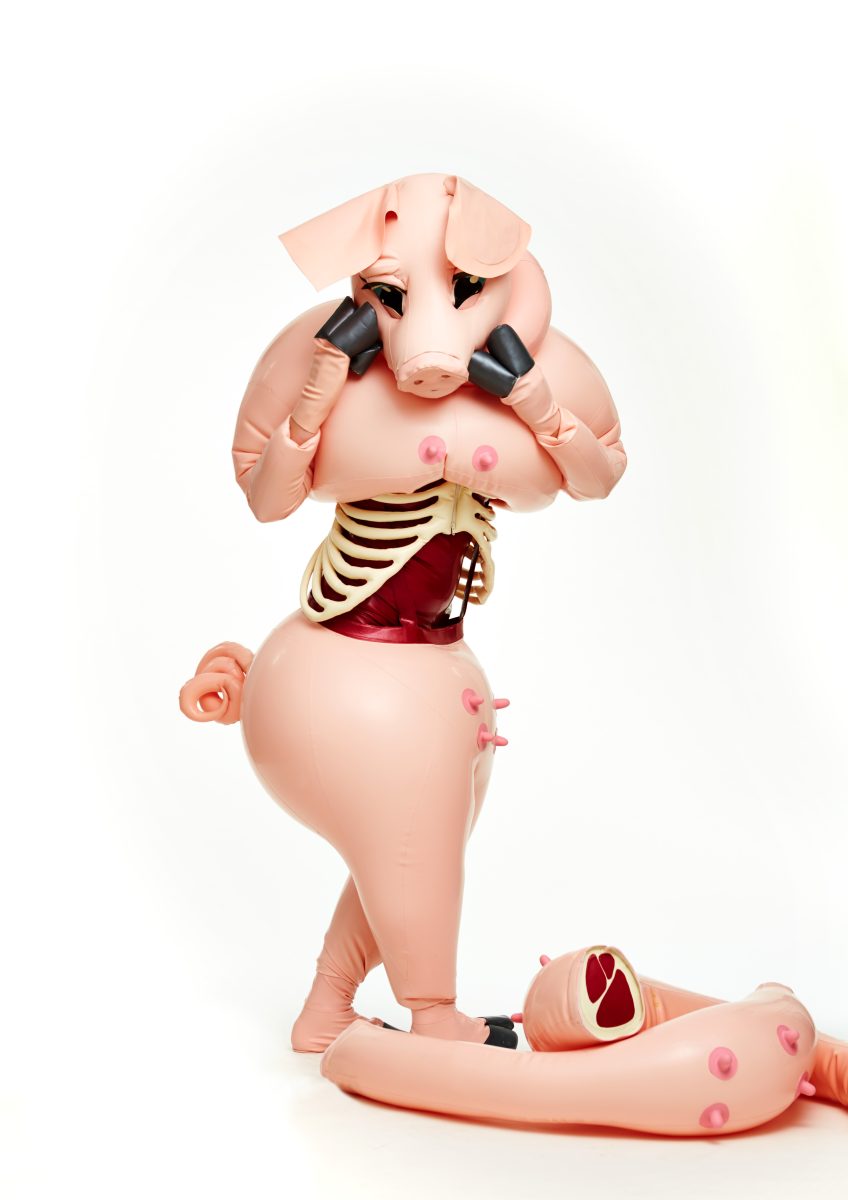 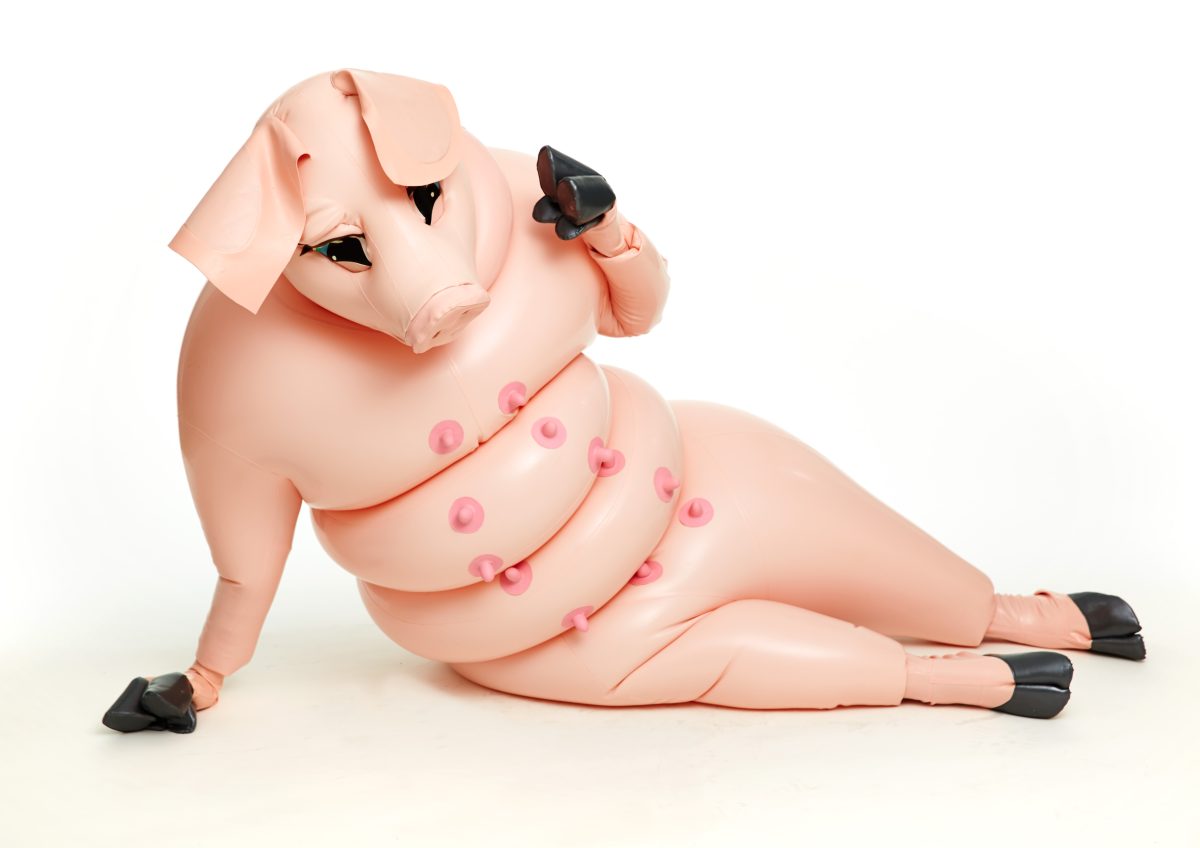 Tokyo-based artist Saeborg describes themselves as “an imperfect cyborg – half human, half toy”. Their work emerged out of the queer club scene in Tokyo, each piece beginning as a costume for Department-H, a nightclub and fetish party that has been running in the city since the early 1990s.

Saeborg creates inflatable worlds of latex, nightmarish and cute configurations that are stages for huge toy-like creatures to perform mythical fables of life and death. Saeborg’s aim in making these works, is “to transcend gender” and to move beyond the restrictions of human bodies to escape strict gender roles in Japanese culture. Using livestock and insects as analogies for society’s expectations and treatment of women, Saeborg creates worlds that are inhabited by creatures that “humans consider the basest of our ecosystem”.

Saeborg also presents their performance Pig Pen, as part of our party – Club Fierce: The Ho Down.